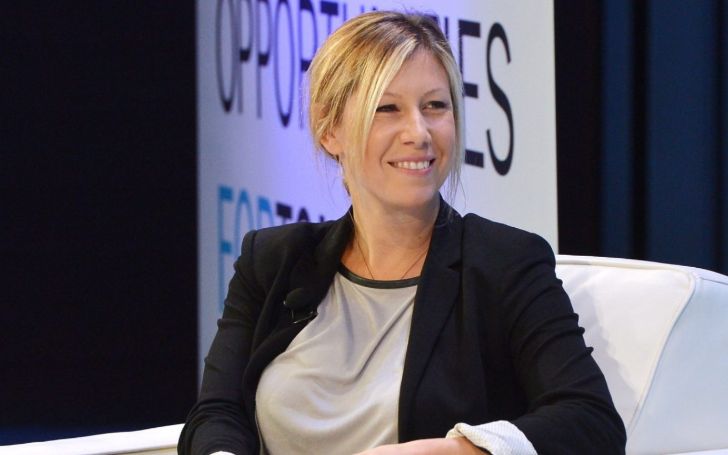 Professionally Nicole Perlroth is a writer. She’s famous for her groundbreaking stories on cybersecurity in The New York Times, and now she’s making quite a noise with her new book, ‘This Is How They Tell Me The World Ends.’ Those who are familiar with Perlroth’s works are eager to learn about her; thus, this article will be for them. Keep on reading if you are one of them.

Nicole Perlroth holds an estimated net worth of $800 thousand as of February 2021. Indeed, she enjoys a six-figure net worth and all thanks to her years of hardship, which she placed on her professional life.

The 37-year-old Perlroth began her career at Forbes Media. At first, she worked there as a staff reporter from 2007 to 2010, soon after she got promoted and started giving her contribution as a Deputy Editor for almost two years.

After honing her skills at Forbes for more than four years, Perlroth joined The New York Times in November 2011 as a Cybersecurity reporter. And now it’s about to be a decade she has been with the firm.

The New York Times writer Nicole Perlroth is happily married to her beau Heath Thomson. The lovely duo tied the knot on July 25, 2016, in Woodside, California.

Since then, Perlroth is living a blissful life with her husband, and now they are even raising their son together. They expanded their family with their only child back in 2018, as Earn The Necklace noted.

Talking about Perlroth’s spouse’s career path, he’s a professional chef based in San Francisco. Besides that, he is also the founder and chef of Metes & Bounds in Sonoma. Furthermore, he’s a partner in other businesses, too; however, details aren’t disclosed yet.

Nicole Perlroth was born on July 30, 1983, to her parents Karen and Mark Perlroth. Her dad, Dr. Mark Perlroth, is a retired cardiologist. He was a professor of medicine and director of the medical residency program at Stanford.

Click To Know: Who is Kelsey Riggs? Her Net Worth, Career, and Personal Life

Speaking of Perlroth’s mother, Karen is a Mensendieck expert trained in Amsterdam. She helps people with exercises and posture to help improve their health and relieve pain.

As per Perlroth’s LinkedIn profile, she completed her Bachelor’s in politics from Princeton University. After that, she joined Stanford University, where she earned her Master’s degree in Communication.