Skip to content
Home » Entertainment » Australia Tennis Player Daria Gavrilova is Engaged But With Whom?

Australia Tennis Player Daria Gavrilova is Engaged But With Whom? 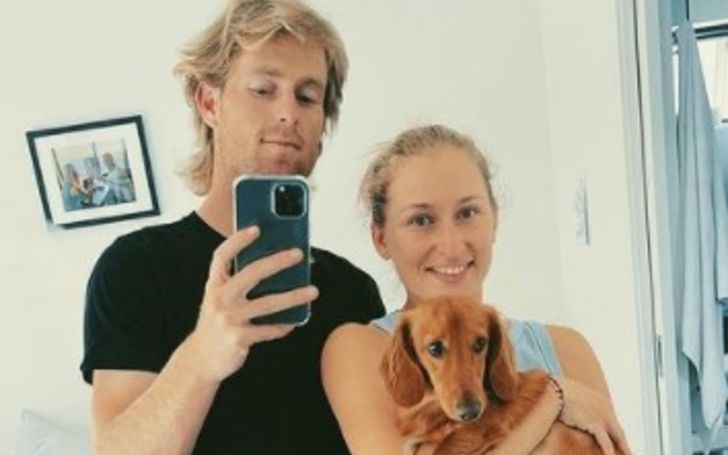 Daria Gavrilova, the former Russian and now Australian tennis player, is renowned for her gameplays. With a successful career record, the 26-year-old athlete earned her spotlight and many talks about her; further, they also show a keen interest in learning about her. Moreover, because her wedding is on the way, people are eager to learn all about her love life. Therefore, if you are one of them, this article will help you know everything about her upcoming nuptials and her fiancé.

Who is Daria Gavrilova’s Husband-To-Be?

Without any delay, let us tell you that Daria Gavrilova is about to tie the knot with her longtime boyfriend, Luke Saville. Like her, Luke is also a professional tennis player from Australia.

The 27-year-old Australian pro athlete was born on February 1, 1994, in Berri, South Australia. He grew up with his two siblings: a brother Troy, and a sister Katie Saville. Both of them also play club tennis.

We already know that Daria Gavrilova is engaged with her fiancé Luke Saville, but when and how did that happen? It happened after Saville proposed Gavrilova on December 5, 2018.

As Verge Wiki noted, Gavrilova was surprised to be proposed out of nowhere. They were taking a walk on the beach, and suddenly Saville asked her to be his with a lovely ring.

Gavrilova was happy, and she expressed her excitement through her Instagram post. And that’s how she announced her being engaged with her fans.

The Lovely Duo, Gavrilova, and Saville Began to Date Back in 2011

Those who are desperate to learn how Daria Gavrilova met her lover, let us break it down. The love birds first encountered back in 2011. Their eyes crossed at Davis Cup in Mexico, where both of them came to play on the junior tennis circuit.

Gradually relationship between Gavrilova and Saville grew, and they began to date. What they have is so precious, which made the Russian native leave her country; so that she can live with her prince in Australia. Currently, they are living together planning for their wedding.