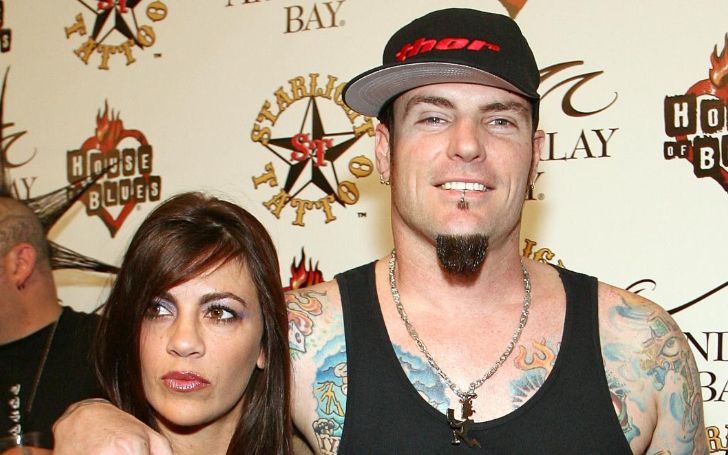 Whenever someone is related to a celebrity, there is a high chance that they become one. The case is precisely the same for Laura Giaritta, who rose to fame only due to her marriage to Vanilla Ice. The 52-year-old rapper, famous from his musical contribution with the likes of ‘Ice Ice Baby,’ and ‘WTF – Wisdom, Tenacity & Focus.’ He had the support of his longtime beau, Laura, all the time, which led to such massive success. So, without wasting much time, let us know the net worth and married life of the diva.

The life of Laura Giaritta changed bigtime when she indulged in a romantic relationship with Vanilla Ice. It all started when they met at a party on July 4, 1994. The love birds shared a special connection as an instant as Ice was seeking to create a career with his rap music. Ever since the two started dating, and they couldn’t be happier.

After a few years of dating, the lovely pair decided to take things to a new level. Thus, they tied the knot on March 30, 1997, to bind themselves in the holy matrimony. As expected, the two married in a lavish ceremony at Star Island mansion in Miami Beach, Giaritta. The love birds became parents for the first time in 1998 as they welcomed first child Dusti Rain Van Winkle. Similarly, only two years later, Giaritta gave birth to their second child, KeeLee Breeze Van Winkle.

Despite a family together, cracks formed gradually in the relationship between Vanilla Ice and his wife, Laura Giaritta.

The relationship between Laura Giaritta and her beau started deteriorating shortly after their marriage. Surprisingly, the police in Florida arrested Ice in January 2001, as he assaulted his wife on the Interstate 595. Consequently, he went to probation and attended therapy sessions. Luckily, both of them kept a cool head back then and decided to mend things together.

In January 2008, the rapper assaulted his wife Laura Giaritta again, which got him arrested again. In fact, he pushed his wife, which led to consequences like staying away from his wife and children, but the charges were dropped later in April 2008. The ups and downs in their marriage kept on occurring throughout all the time.

In 2016, Giaritta had enough of all the fights and conflicts, which led her to file for a divorce as she labeled the marriage as ‘irretrievably broken.’ Unfortunately, the separation process took longer than expected primarily through matters like the hesitant behavior by Ice not to reveal his property. The divorce finalized in November 2019, which led the musician to celebrate with a party.

Not much is known about Laura’s life following the separation as she went to live a private life. Her ex-husband, Vanilla, on the contrary, married a secret girlfriend and had a baby with her. You would be surprised to know how the former SBK singer used to date Madonna in 1991.

Born on October 18, 1970, Laura Giaritta always used to live a secretive lifestyle. The daughter of father Thomas Giarritta and Elaine Giaritta used to work as an entrepreneur to earn a living. In fact, she used to run a sports store named The Extreme, which contributed significantly to her worth.

Following her complicated divorce with her ex-husband, Giaritta’s bank balance saw contributions in the form of spousal support. Specifically, she amassed a staggering net worth of $1 million. In fact, she lives in a massive house at Wellington, for which her ex-husband paid a staggering $716,000 in 2005. Her former lover, Ice, meanwhile owns a colossal net worth of $10 million.