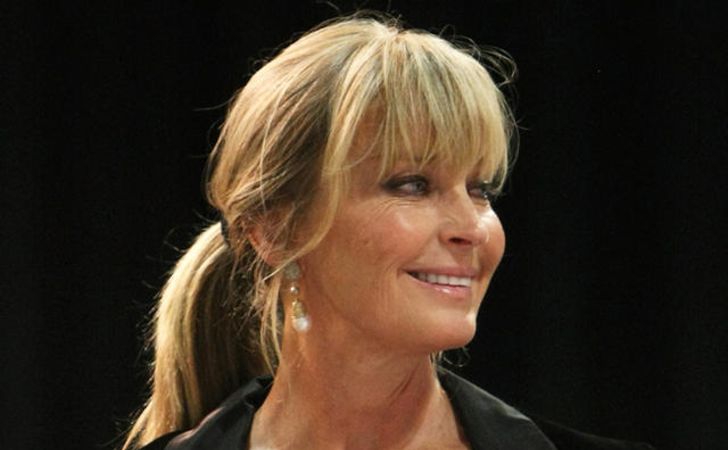 Bo Derek is an American film and television actress, film producer, and model. She is well-known for her role, Jenny Hanley, in the comedy movie 10. Besides that, she played tons of other characters in numerous films and series, which made her famous within the crowds. Today we will share brief details about her life, covering both professional and personal. So, stay tuned until the end of the page.

The gorgeous actress, Bo Derek, holds a whopping net worth of $50 million, as of 2020. She succeeded in achieving a millionaire tag from her outstanding work in the entertainment industry.

Derek has been investing her time in the movie business since 1977, which means she is watering her acting career for more than four decades now and is still active in this sector. Further, she produced a couple of films which also boost her earnings. Thus, it seems legit for her to be a millionaire.

Bo Derek began her acting career when she was only 16-year-old. Her mother was a make-up artist and hairdresser to Ann-Margret. Further, her step-father, Bobby Bass, was a stunt performer as her parents were invested in the movie industry that motivated her to pursue her career as an actress.

In her teens, she met late actor, director, screenwriter, and producer John Derek. He cast Bo for her first movie, Fantasies, in 1973. Though the film was completed early, it only made it out in 1981. However, that drama was a flop.

Before her first project came out and became unsuccessful, Derek already worked on two different movies, Orca and 10. Her film, 10, became financially successful, which helped her make a breakthrough in her career. Since then, she portrayed various characters in several movies and dramas until today. Subsequently, she even produced four motion pictures until now.

The veteran actress love-life got highlights since she stepped inside the glamour world. Indeed, after she began to work in the film industry with John Derek, she gained lots of attention. Why? Well, besides professionally, she was romantically linked with the late artist John.

You read it right; soon after Bo and John started to know each other, they began dating. John that time was 30-years-old, whereas Bo was 16. Further, he was a married man too.

Regardless of all, Bo and John dated, and to be safe from statutory rape laws; they moved to Germany. John even gave his former wife a divorce. Subsequently, on June 10, 1976, the lovebirds tied the wedding knot, despite the huge age gap.

They watered their relationship until the last breath of John. He died from heart failure in 1998. Four years after John’s death, Bo, 63, began to date actor John Corbett, 59. According to Daly Mail, the couple wants to take things slowly; thus, they are still unmarried.