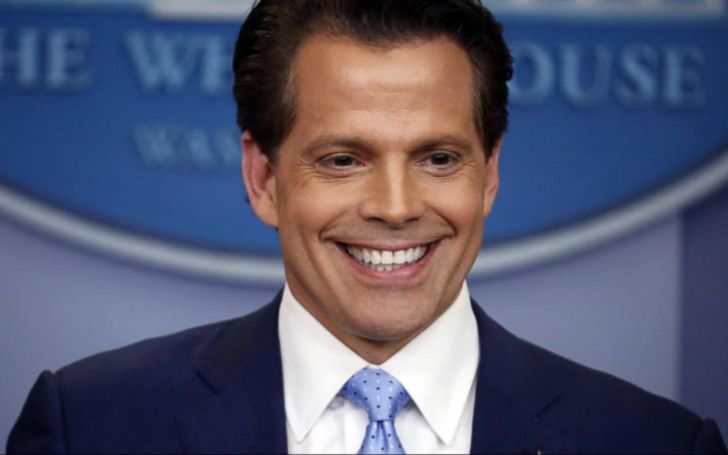 You might’ve known Anthony Scaramucci nicknamed The Mooch as a political consultant who served as the White House Director of Communication. It is also a known fact that his tenure in the White House was one of the shortest from only July 21 to July 31 back in 2017. Besides that, the man’s made a profound name for himself as a successful financier, and entrepreneur. So. today we get a deeper look at the guy, all from his net worth collection to his personal life.

Usually one would think that if you’re an entrepreneur you would earn a decent amount of net collection for yourself. Anthony Scaramucci here broke the bar for gaining wealth through entrepreneurship. To date, he has built an empire all to the courtesy of his financial knowledge and expertise in the American market.

Specifically speaking, according to Celebrity Net Worth, the financier enjoys a staggering net worth collection of $200 million as of 2020. His speculated net worth is a product of his long tedious years of hard work and dedication at the Goldman Sachs, Oscar Capital Management company and many more.

You may also like: All About American Actress Christa Miller, Relationship, Boyfriend, Net Worth

It is reported that his liquid assets are worth a major amount of $80 million which includes various investments in real estate along with a stake in New York Mets. According to sources, he’s also listed a total of three mortgages that fall in the liability range of $2.5 million to $7 million.

Anthony Scaramucci kick-started his career back in 1989 from the Investment Banking Division at Goldman Sachs. Followed by becoming vice president in the bank’s Private Wealth Management division he then launched his own Oscar Capital Management in 1996 after leaving Goldman.

A Wall Street financier, Scaramucci’s also founded a global asset management firm named SkyBridge Capital in 2005, he also became the chairman of the SALT conference launched in 2009. Did you know he’s also a proud receiver of The Ernst & Young Entrepreneur of the Year Award in the Financial Services Category in 2011?

Talking about his personal life, Anthony Scaramucci was first married to his wife Lisa Miranda. The pair separated back in 2011 after 23 years of togetherness due to irreconcilable differences. Even though they separated in 2011 the divorce was finalized after three years in 2014.

The 56-year-old got married the second time to his wife Deidre Ball on July 11, 2014. The couple met when Diedre was working as an assistant at Anthony’s Manhattan hedge fund, SkyBridge Capital.

The couple lives together with two of their children Nicolas born on 2014 and James born on 2017. Even though there were talks about divorce early on 2017 before their second son was born, Scaramucci and his family are now going strong as ever.