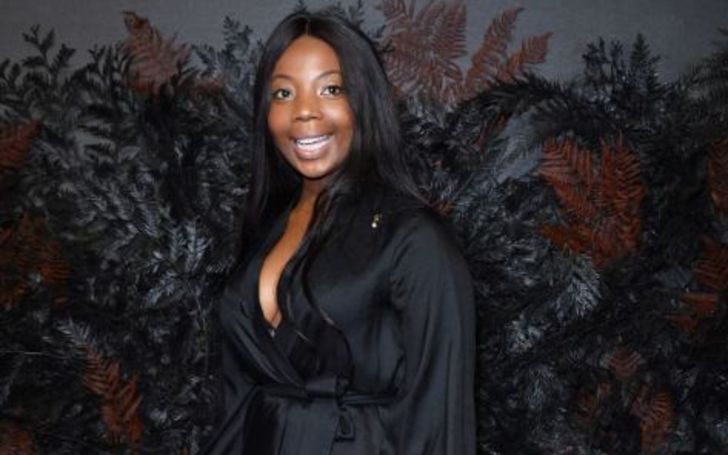 Mimi Ndiweni is a British-Zimbabwean actress who is one of the popular actresses on television. Starting her career in theater, she has put a great deal of work ethic and passion into her works. Fans know her through her works in Mr. Selfridge, The Witcher, and The Legend of Tarzan. Her famous theatre plays are The Ant and the Cicada, Hamlet, The Convert, King Lear.

At present, Mimi Ndiweni is likely not in a lovey-dovey relationship with anyone and is single. There has been no news or even rumors about her love life in the past or present.

There is also a likelihood that Mimi might already be in an intimate relationship with her boyfriend, but she just does not like to reveal it to the public. At this point, no one can say for a certainty!

The Yonderland star has a low presence on social media; she is only active on Instagram though her account is set on private. It looks like other than her profession; she wants to remain away from extra-limelight from the media and the public.

The talented Mimi Ndiweni holds a net worth of $300,000. She managed to accumulate her wealth through her flourishing career in the entertainment industry.

The 28-year-old gained fan’s attention after playing the character of Matilda Brockless in the fourth season of British drama Mr Selfridge. Likewise, she worked with Jeremy Piven, Amanda Abbington, Ron Cook, Gregory Fitoussi, Tom Goodman-Hill, Katherine Kelly, and many others in the hit show.

You Can Also Read: Celebrity Wife Frida Chavez’s Net Worth And Profession!

Due to the show’s success, Netflix renewed the second season for the fantasy series scheduled to release in 2021.

Mimi Ndiweni was born on August 31, 1991, in London, The UK, while she grew up in Guildford, England. Her father is Zimbabwean, while her mother is an English national.

The 1.73 meters tall lady received her acting lessons from the Yvonne Arnaud Mill Street Studios in Guildford. Similarly, she also studied at the Royal Welsh College of Music.

During her college, she participated and won the Spotlight Prize award beating students from 20 top UK drama schools. At that time, she was 21 years old.

In 2013, the Royal Shakespeare Company enrolled her. During her stay there, she performed in plays like Wendy & Peter Pan playing Tiger Lily, Cordelia in King Lear, and Ophelia in Hamlet.

Ndiweni played a short drama in Telling Tales in 2012 while she made her screen debut in the film Cinderella in 2015.