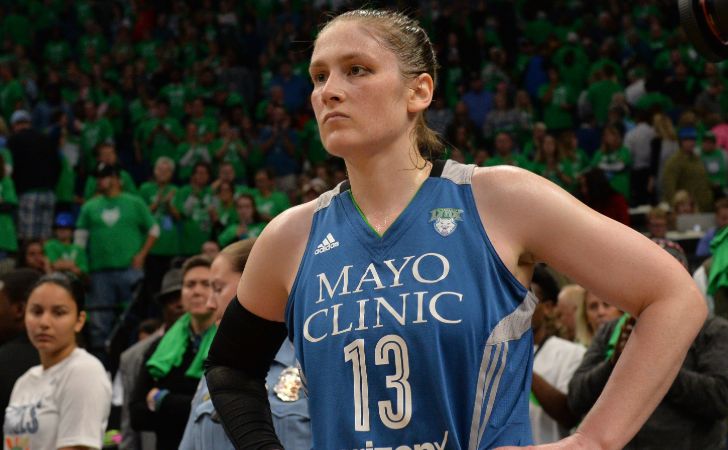 Lindsay Marie Whalen is the former WNBA athlete. Indeed, she is a retired basketball player who rose to fame from her outstanding gameplay. Her athlete career came to an end in 2018. That year she announced her decision to retire and, subsequently, in 2019, a couple of clubs honored her for her years of dedication in the basketball world. Let’s learn more about her on today’s article.

Net Worth of Lindsay Whalen

Speaking of Lindsay Whalen’s financial status, nothing has been revealed on this topic, officially. Therefore, the exact fortune held by the former WNBA player, Whalen, hides behind the curtain. However, many reliable sites on the internet world estimates, she accumulated a whopping net worth of $3 million from her fruitful career.

Those numbers are just estimation; however, for someone who has successful career records like her, it doesn’t seem surprising to hold a millionaire tag.

Lindsay Whalen honed her skills as an athlete at an early age. While playing in the University of Minnesota women’s basketball program, she grabbed tons of attention from her matches. Gradually, after her college, she made her way into WNBA. She got picked in the first round of the 2004 WNBA Draft by the Connecticut Sun.

After playing professionally for years for Connecticut Sun, she began to play for Minnesota Lynx. She was traded to her native team, Lynx, on January 12, 2010. A year after, in 2011, with her new team, she opened the door of WNBA Championship for the first time for Lynx.

In her fantastic professional journey, Whalen won several awards and honors. She became WNBA All-Star for the fifth time in 2015. Further, she has been named MVP a couple of times.

After a long decade of a career as WNBA star, Whalen retired in 2018. However, she got hired as the new head women’s basketball coach at the University of Minnesota in that same year. Indeed, she came back to the place where she began her journey; however, this time with experience to train the next generation.

Currently, as a coach, Whalen earns an impressive salary of $500,000, according to Live Ramp Up. Further, recently, in January 2019, also signed an endorsement agreement with Bell Bank based in Fargo. Thus, she frequently appears in the back advertisement, social media, and customer events.

Married Life of Lindsay Whalen with Her Husband, Ben Greve

Despite her busy athletic routine, Lindsay Whalen managed to water her love life. She lives a blissful married life with her longtime boyfriend, Ben Greve. Professionally, her soulmate is an insurance advisor. Previous to that, he used to play golf and is a former Minnesota Golden Gophers golfer.

The 38-years-old, Whalen met Greve when they were attending the University of Minnesota. They suddenly began to date, and in 2007, they shared the marital vows at St. Anastasia Catholic Church in Hutchinson.