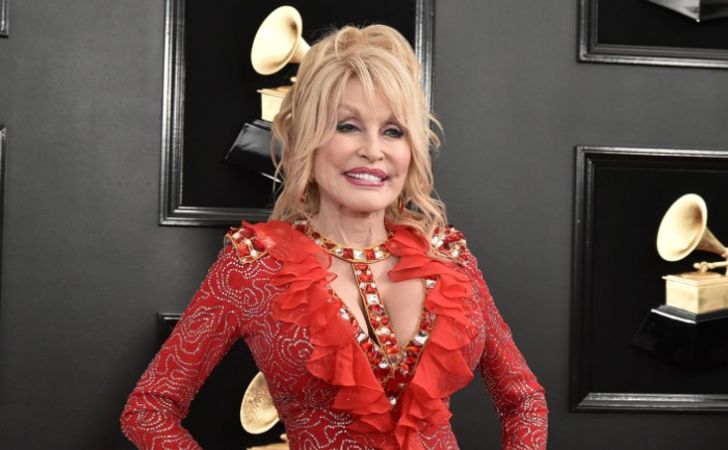 Dolly Parton is an American artist renowned as a singer, songwriter, multi-instrumentalist, actress, author, and record producer. Furthermore, she also gained success as a businesswoman and humanitarian. As a singer, she is mainly known for work in country music. We will share brief details on her professional and personal life; thus, keep on reading to grab it all.

Dolly Parton’s Net Worth Collection as of 2020

According to reliable sources, Dolly Parton accumulated a massive net worth of $600 million, as of 2020. All credit goes to her years of hardship in the entertainment industry. Her skills as a businesswoman also assisted her to garner millionaire tagline.

As a singer, Parton sold more than hundreds of millions of albums, which led her to a life full of luxury. However, as a smart woman, she invested a large portion of her earnings into business ventures. She co-owns an entertainment firm, The Dollywood Company. Through her company, she runs a dinner theater, theme park, resort and spa, and water park.

Besides The Dollywood Company, Parton used to own a production house named Sandollar Productions. She owned the firm jointly with her former manager Sandy Gallin. Their company produced several movies and documentaries which earned a couple of accolades.

Speaking of her acting career, Parton worked on numerous projects. She began to act in 1976, where she appeared in a TV series, Captain Kangaroo. After that, in 1980, she portrayed the role of Doralee Rhodes in the movie, 9 to 5. It was a comic drama that became a major box office success, grossing over $3.9 million on its opening weekend. Subsequently, that film earned over $103 million worldwide.

After her first successful movie, 9 to 5, Parton started working on her second movie, The Best Little Whorehouse in Texas, which also blew up the success bar, earning over $69 million worldwide. Besides those two movies, Parton worked on several other projects, and most of them became hit, plus she even won different awards for her outstanding works.

The veteran actress and singer, Dolly Parton, loves to share her greens with those in need. She runs the Dollywood Foundation, through which she performs her charity activities. Her non-profit organization provided uncountable books to children up to now.

It was reported that The Dolly Foundation brought jobs and tax revenue to the different depressed regions. Through her foundation, she stayed active to raise money for the American Red Cross, Cancer, and HIV/AIDS-related charities.

The 74-year-old Dolly Parton is happily married to her beau, Carl Thomas Dean. They tied the knot on May 30, 1966, by throwing a wedding ceremony in Ringgold, Georgia. Since then, the lovebirds are together rejoicing their life as a married couple.

Unfortunately, Dolly and Carl weren’t blessed with children of their own. Why? Dolly went through hysterectomy after she had endometriosis. Due to this, she became unable to give birth to a baby. However, she and her husband lead a happy life and are very close to their nieces and nephews. Further, she is the godmother of singer and actress Miley Cyrus.