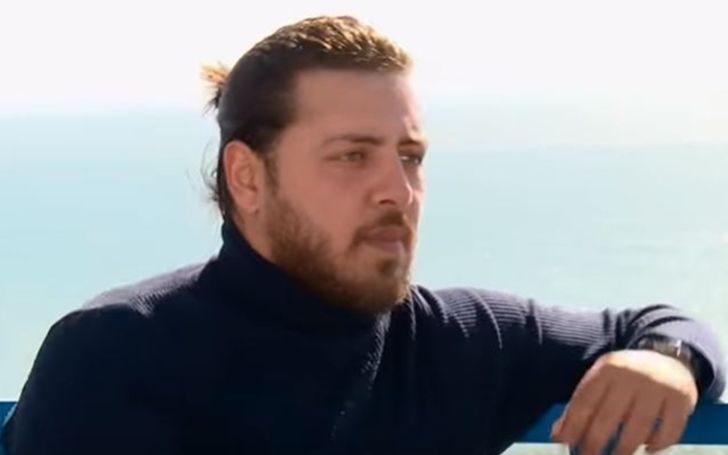 Who is Zied Hakimi? Well, he is an upcoming star from the show 90 Day Fiancé. He recently received massive attention after he appeared in public as the lover of the show cast Rebecca Parrott. In fact, the duo recently began their life as husband and wife. They tied the knot in April 2020. Because of his romantic relationship with a reality show star, many people want to learn about him, which brought us to today’s article.

Those who were rooting for Zied Hakimi and Rebecca Parrott to be together can have their time; why? Well, your wish came true. Indeed, they tied the knot and are starting their life as a newlywed couple.

Zied and Rebecca shared their vows in April 2020, as per Cheat Sheet. Further, the duo is even quarantined together in the U.S. Despite having a huge age gap, they are had a great start and are enjoying their time together.

Although things are going fine, the 90 Day Fiancé Star Rebecca was having some doubts at the beginning. It all started when Zied planned to move in with her permanently. However, it wasn’t a big deal.

Click To Know: Know the net worth, career, and personal life of Kim Brunhuber.

The 48-year-old star was only concerned about how her new spouse will manage financially in her country. Because of the new policy, he won’t be able to work until he gets his work permit. Nevertheless, the lovely pair are working out and are living a blissful life together.

Zied Hakimi is The Fourth Spouse of His Wife, Rebecca Parrott

It’s a now secret to Rebecca’s fans that Zied Hakimi is her fourth husband. Before him, she was married to three other guys, and all of her marriage came to an end.

Zied’s wife first walked down the aisle with her first better-half, Taylor. She gave birth to three children from that relationship. After their relationship ended, Rebecca lost custody of her kids, and she had to pay for child support.

After Rebecca’s first divorce, she began her life with a new beginning. This time she found love in the eyes of her second husband, Seifart. Though things were fine at first, gradually, her second marriage faced the same fate.

Failed twice, but Rebecca never gave up and got married once again. She then married her third husband, which soon became her ex, Belettar. He was a young Moroccan man who, after arriving U.S., started to show his true color and left Rebecca.

Net Worth of Zied Hakimi

Speaking of Zied Hakimi’s financial status, it’s unknown to the public. No official document is available which would vouch for his actual earnings. Moreover, he has just left his hometown, settling in a new environment; thus, he has no job to generate income. Due to this reason, his net worth is hard to estimate.

Where Zied’s fortune is a total mystery, his wife, Rebecca’s not. The reality show star accumulated a massive net worth of $5 million. She managed to grab a millionaire tagline from her successful career records.

Professionally, she is a TV personality and a restaurant manager. In addition to that, she was invested as a private investigator in her early days. With all that, it’s normal for her to have an impressive net worth.