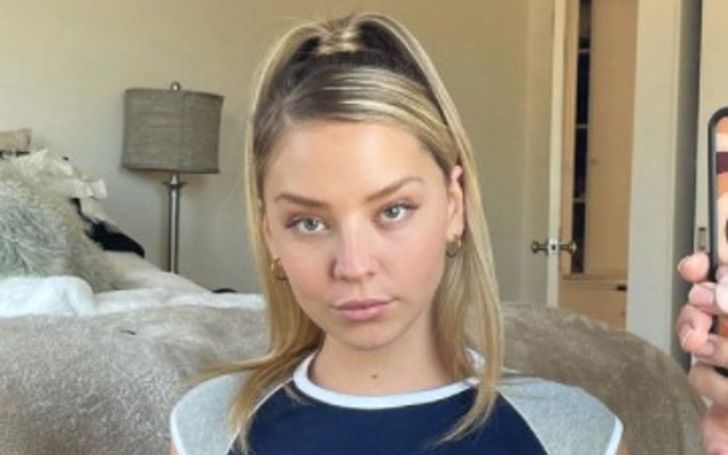 Luna Montana came to the spotlight as a YouTuber. She is only 19-year-old but already touched the summit as an American content creator, dancer, and social media influencer. The young beauty owns a self-titled YouTube channel, and she recently dropped her merch. Let’s learn everything about her in this article.

The young YouTuber Luna Montana hasn’t shared any documents linked with her finances; however, after analyzing her social influence, many estimated she might hold an outstanding net worth of $800,000 as of 2020.

The 19-year-old talent managed to earn a six-figure fortune from her successful career as a YouTuber. Further, she recently launched her merchandise, which also boosted her earnings.

According to Montana, she always dreamed of creating her own merch for her followers, and on May 28, 2020, she gladly shared the news that her dream came true. She delivered the message through her YouTube video, and going through it; anyone can see how happy was she and how beautiful her creation was?

Besides YouTube, Montana is active on Instagram and TikTok. She has enormous followers there, and she might earn a handsome amount of greens from her social influence.

Besides being a content creator on social media, Luna Montana is famous for her dancing skills. Yes, she is a fabulous dancer.

Montana began to dance when she was only three-year-old. Since then, she worked on herself and honed exceptional talent as a dancer. In her early days, she was into tap dance. Gradually, when she turned ten, she started taking ballet classes.

With years of hardship, Montana made her debut as Guinevere in Pacific Festival Ballet’s new production of Camelot, where she even played a lead role in the group. She also shows off her dancing skills on her YouTube channel. Moreover, she teaches Ballet dance to her subscribers.

Talking about Luna Montana’s relationship status, she currently dates a fellow YouTuber named Kai Caster. She frequently posts pictures of her boyfriend, and her followers love seeing them together.

Before Caster, Montana was in a romantic relationship with her gay ex-boyfriend Tristan Simpson. However, it was way back while they used to be in nine grade. The former pair met one another during their ballet lesson, indeed, in the studio.

After their meeting, Montana and Simpson began to date, but it was mostly only in text. They frequently talked; however, their relationship soon ended, and obviously, it also happened through text.

Luna Montana was born on January 15, 2001, in Los Angeles, CA. She is growing up alongside her siblings.

According to Famous Birthdays, the young content creator, Montana has a brother Max Montana who is a basketball player. Further, she has an elder sister Zolita Montana a pop singer. Unfortunately, her parents’ information is unknown; however, back in 2017, she posted her mom’s picture on her Instagram, wishing her for Mother’s Day.