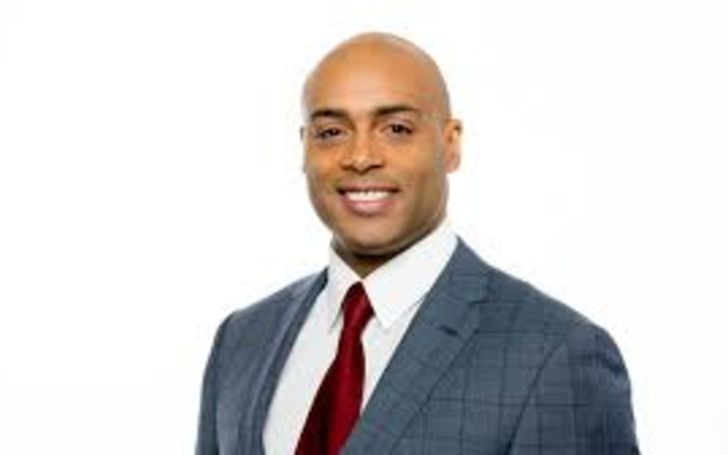 Kim Brunhuber is a talented and versatile anchor for CNN International in Atlanta. You might see him as the anchor on the Europe morning editions of CNN Newsroom on Saturdays and Sundays as well as on weekday news programs. He brings stories, interviews of national interest to the viewers of CNN International. If you’ve watched him on TV then it might interest you to know about his personal details, from his net worth to his career.

We do know that in the journalism industry, one has to be really talented and skilled to make a big name for themselves. Just like that, indefinitely it isn’t a shock that Kim Brunhuber is one of those esteemed media personality himself.

The Canadian journalist has successfully made his way from CBC News to CNN International as an anchor of CNN Newsroom on Saturday and Sunday as well as weekday programs. He’s surely ahead in his career from where he was before making a handsome net worth collection of $1 million as of 2020.

You may also like: All About Global News Journalist Mark Madryga

According to salary.com, on average a CNN reporter enjoys an annual salary of $44,740, but the salary range also varies from $35,853 and $58,957 depending on various factors like tax, compensations, additional skills and many more.

Kim Brunhuber is a CNN International anchor based in Atlanta who joined the channel from the Canadian Broadcasting Corporation (CBC). Previously he worked as a CBC’s senior correspondent and Los Angeles bureau chief before he moved on to working for the CNN.

Some of his known national coverage was on major international and national stories like 2018 and 2016 Olympics, 2010 FIFA World Cup in South Africa, death of Nelson Mandela, several mass shooting in the U.S., Las Vegas, San Bernardino, and Thousand Oaks. He also received a 2018 National Press Club Award for his coverage of the 2017 fires in Southern California.

Brunhuber has also traveled around the world working as a freelance correspondent and producer, giving live commentary and mini-documentaries in places like Pakistan, Ghana, Mali, Afghanistan, and many more. He’s worked with the local journalists to cover human rights issues like child labor, female genital mutation, etc to bring awareness on these topics.

Even though Kim Brunhuber’s always been quite vocal about his professional career to his input on all the happenings and issues in the world on his Twitter handle. He is equally secretive and shy about bringing his personal details to the public.

As of now, there are no details on his love life, relationship, or marriage. However, we will surely get back to you if there is any news on it. Besides these, we do know that he is also a published author who graduated from Carleton University with a Bachelors’s and a Master’s degree. He’s a fluent speaker of French, Spanish and English language.