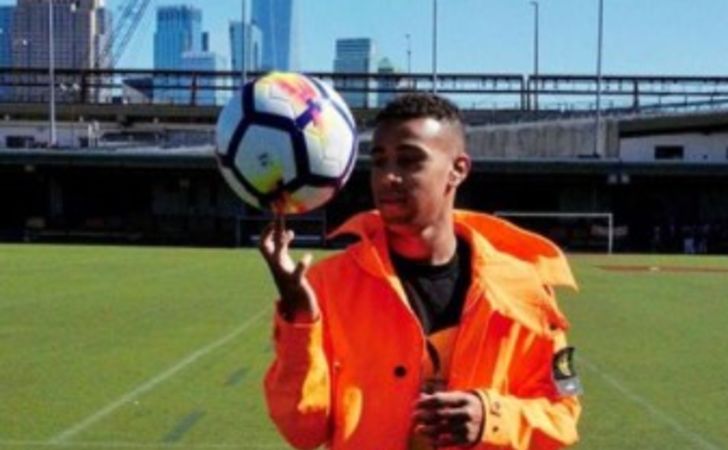 Born as Tyler Shaan Adams on February 14, 1999, Tyler Adams is a rising football star. He is currently 21 years old and has already set a bright future ahead of him. As he began to gain popularity, many want to learn about him; thus, we brought brief details linked with his professional and personal life.

As of 2020, the upcoming footballer Tyler Adams’s estimated net worth comes around $3 million. Indeed, he already hit the millionaire tagline at an early age of 21. He managed to grab an outstanding fortune from his exceptional gameplay in the football field.

According to WT Foot, Tyler earns €1,000,000 annually, which explains how he made it to the list of a millionaire in a blooming age. As he just started, it is crystal clear that he will soon shock the world with impressive growth in his net worth.

Currently, Tyler Adams plays for RB Leipzig, a Germany professional football club based in Leipzig, in the Bundesliga. He grew up playing football, and, further to hone his skills, he attended the New York Red Bulls academy.

After learning some moves in the academy, Tyler began his professional athlete journey. He started to play for New York Red Bulls II; he was only 16-years-old then. Gradually, a season later, he got selected in the New York Red Bulls.

Coming to Tyler international gameplays, he represented the United States at multiple youth level games. Subsequently, as his talent and experience grew, he even scored some goals while paying for the senior team.

Speaking of Tyler’s position, he serves his team as a midfielder; however, he can play as a fullback or winger on either side of the defense.

The young athlete Tyler Adams isn’t married for now; however, he is in a romantic relationship with his lover Sarah Schmidt. Indeed, he is dating a gorgeous lady. Unfortunately, less is known about Tyler’s girlfriend, due to which none of the media right now can comment anything official about their love-life.

Regardless of all, Tyler fans do have some clue about his sweetheart, as he keeps on updating them with his Instagram post where we can see him and his girlfriend enjoying their time together. One of the recent posts of Tyler with his beauty was during his vacation in Greece.