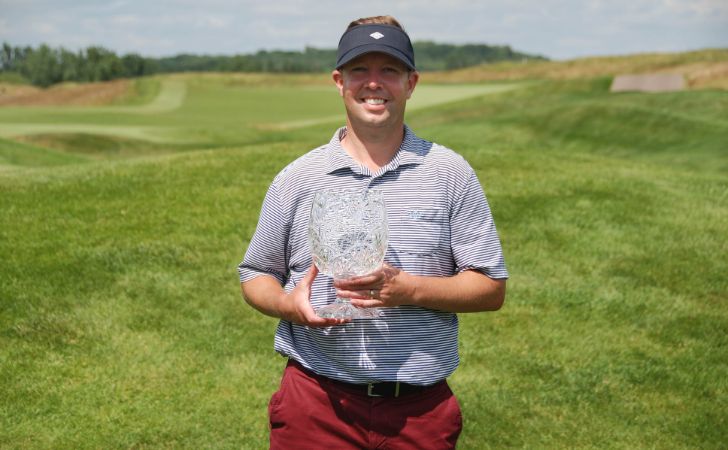 Ben Greve is mainly famous in the crowd from his married life with the former WNBA star Lindsay Whalen. However, he has his own story to share with the world. Thus, today on this page, we will provide all information available about Ben. Stay tuned until the end of this page o learn it all.

The 39-years-old, Ben Greve had his first encounter with his wife, Lindsay Whalen back in his University days. They were students of the University of Minnesota in Twin Cities. Both of them were freshmen when they first met.

According to Greve, he was the one who began the chat. It was an early-morning class where both of them were present for their business stats class. During that period, he asked Whalen for a date and, subsequently, they began their relationship.

As per Earn The Necklace, the lovebirds would sit next to each other in the class, how romantic is that? Gradually, with time, their connection became stronger, and in October 2007, they tied the knot in front of their close ones at St. Anastasia Catholic Church in Hutchinson.

Due to their busy schedule, Greve and Whalen still rejoice their time with each other. What do we mean by that? Well, they haven’t expanded their family. However, Greve’s wife Whalen is now retired from her athletic career, so they might soon surprise their family and friends with good news.

Ben Greve was born in Annandale, Minnesota to his father, Dave Greve is a golf coach, and his mother, Sandy Greve, is a teacher. Further, he had a brother, Nicholas Greve, with whom he grew up. Unfortunately, he passed away in a drowning accident in 2010. He was only 26-years-old when he died.

Besides, his late brother, he has one more sibling, Tim Gereve, in his family.

Regarding Greve’s academics, he graduated from Annadale High School in 2000. Then, he passed out from the University of Minnesota, where he met his soulmate, Lindsay Whalen.

Net Worth and Career History of Ben Greve as of 2020

As of 2020, many sources claim Ben Greve holds an outstanding net worth of $2 million. Indeed, he is a millionaire.

To know how he earned millions of dollars, we need to know what he does for a living. Most portion of his greens is generated from his work in the insurance company.

Ben used to serve as a marketing coordinator at State Farm. However, he moved to Insurance Planners, where he is working as an insurance agent, and we do know insurance salesman generate their income through commission. Thus, Ben might also earn plenty of commission, which helped him to be a millionaire.

Except for Insurance, Ben is active in the Golf tournament. Like his wife, he is a sports enthusiast, not only him; however, his dad and brothers are also active in golf.

Ben used to play state golf when he was in high school. Then, he continued his athletic journey and started his career as an assistant golf professional after graduating from the University. He invested six years as a touring golf professional on the Hooters Tour. Further, he even played in several PGA tournament and also won the Minnesota State Open for the second straight year in 2017.