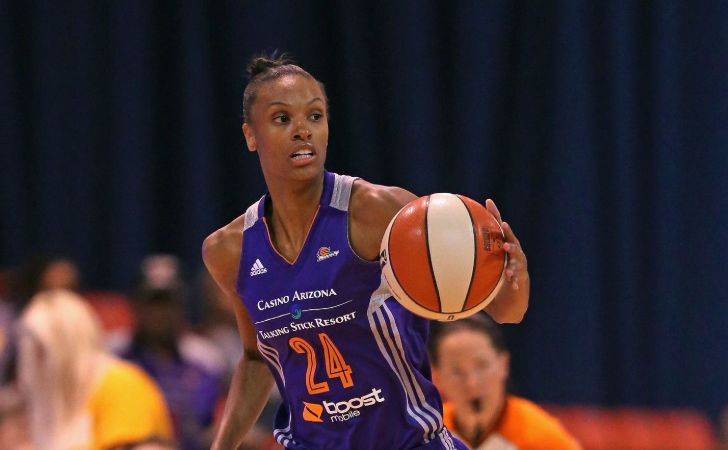 DeWanna Bonner is an American professional basketball player. She plays for the Connecticut Sun of the Women’s National Basketball Association (WNBA). Her outstanding gameplay records made her famous in the crowd. Besides that, her marriage with her former Mercury teammate, Candice Dupree, also went viral on the Internet. As people want to know her professional and personal life, today, we brought everything you need to know about her, so keep on reading to learn it all.

Talking about DeWanna Bonner’s fortune, her estimated net worth revolves around $5 million as of 2020. All credits for her impressive financial figure goes to a decade-long contribution she placed in her career.

From Bonner’s agreement with Sun, she will be earning a six-figure salary of $215,000 annually, according to ESPN. Thus, soon, we will see a massive improvement on her net worth.

Professional Journey of DeWanna Bonner as a WNBA star

DeWanna Bonner was playing for Phoenix Mercury from the first day of her professional journey. Yes, she was selected by the Mercury in the 2009 WNBA Draft, and since then, she played many matches for Mercury. However, after a decade, she is with Connecticut Sun, as she recently signed a deal with Sun in February 2020.

Besides playing several exceptional games for Mercury, Bonner also played a couple of international tournaments, during the WNBA offseason. She represented Czech Republic for BK Brno, Spain for Baloncesto Rivas and CB Avenida, and Russia for Nadezhda Orenburg.

You guys already know DeWanna Bonner shares a happy family with her lover, Candice Dupree. The lovebirds met when both of them used paly for the same team, Mercury. Gradually they began to date, and in 2014, those two beauties bonded in a marital relationship.

Together the gorgeous lesbian couple welcomed their twin daughters back in July 2017. That year, due to their new responsibility as mothers, they took a break from their professional lives. Now, both of them work together to make enough leisure time to raise their baby girls while balancing their careers.

DeWanna Bonner was born on August 21, 1987, to her parents Greg McCall and LaShelle Bonner. She grew up with her three siblings, two sisters, Vin’Centia Dewberry and Erica McCall, and one brother, Justin McCall.

Like DeWanna, her younger sister, Erica, is also an American professional basketball player for the Minnesota Lynx of the WNBA.

Coming to DeWanna’s education details, she graduated with a Psychology degree from Auburn University. Before that, she completed her High School from Fairfield High School. During her early days, she was featured in USA Today, as one of the top twenty-five recruits in the nation in 2005.