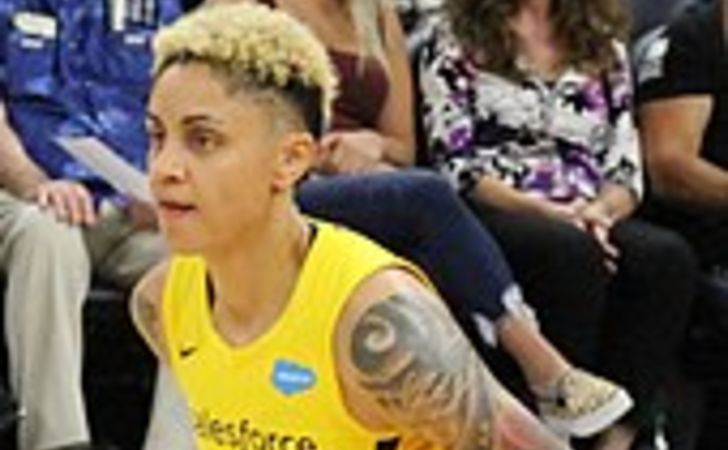 Candice Dupree is a well-known American basketball player. Currently, she plays for the Indiana Fever of the Women’s National Basketball Association (WNBA). She is renowned for her exceptional gameplay. Besides her successful career, she is also famous for balancing her private life, despite her busy professional schedule. Let’s know more about her in today’s article.

Net Worth of Candice Dupree as of 2020

There aren’t exact financial data available on the internet, which would reveal the actual net worth of the veteran WNBA star Candice Dupree. However, sources estimated she holds a whopping net worth of $4 million, as of 2020.

Speaking of Candice’s income, she currently earns an impressive salary of $117,500 from her extended deal with WNBA’s Indiana Fever. Her contract with Fever will end in 2021.

The six-time WNBA All-star, Candice Dupree, began her professional athlete journey back in 2006. The Chicago Sky picked her in the 2006 WNBA Draft. Since then, she has participated in several matches and earned tons of fans who fell in love with her gameplay.

After some years as a rookie, Candice joined the Phoenix Mercury in March 2010. She won her first WNBA championship with her new team in 2014.

In the 2015 season, Candice was named a WNBA All-star for the fifth time. Subsequently, after a couple of years, in 2017, she was traded to Indiana Fever. She had a great year playing for the Fever, and her exceptional play earned her a multi-year deal with Fever in March 2018; thus, she still plays for that club.

The 34-years-old, Candice Dupree is happily married. Indeed, she tied the knot with her former Mercury teammate DeWanna Bonner. They shared the marital vows in November 2014, and since then, they are rejoicing their life together.

Dupree-Bonner duo expanded their family with twin babies. They gave birth to two children, both daughters in July 2017.

Born on August 16, 1986, Candice Dupree grew up in Tampa, Florida. Her parents raised her with her two siblings. She has two sisters in her family, of which one is her twin, whereas her second sister is several years younger than her.

Regarding Candice’s academics, she graduated from Paul R. Wharton High School. While her time there, she used to play basketball and volleyball. She then joined Temple University, where she continued playing basketball from 2002 to 2006. Candice even won numerous accolades during her college days for her outstanding gameplays.