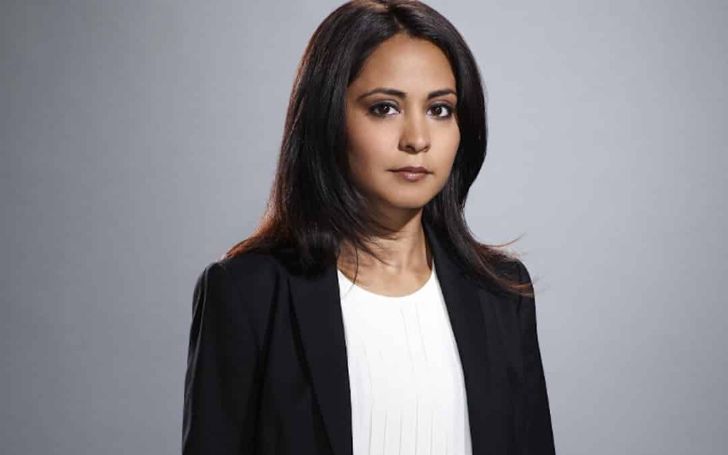 Parminder Kaur Nagra is an English film and TV actress popular for her roles like Jess Bhamra in the movie Bend it Like Beckham, Dr. Neela Rasgotra in medical drama ER, and many more. Recently you might’ve seen her in hit movies like Thirteen Reasons Why, Bird Box, Five Feet Apart, and many more. If you’re familiar with her then here’s all to know about Nagra, from her net worth collection to her love life and career.

What is Parminder Nagra Net Worth Collection?

Parminder Nagra became one of the Asian/English actress to establish a successful career for herself. She managed to succeed not only professionally but also financially. Specifically speaking, according to The Sun, she enjoys a staggering net worth collection of £1million as of 2020.

Her movie Bend it Like Beckham was a surprise smash hit which earned a major £60 million against a £5 million budget. That movie really opened up her career and she also received various critical acclaims for her role. Besides Parminder’s income from acting, she’s also interested in real estate.

You may also like: All to Know About Comedy Writer and Director Robert Cohen

Previously she owned a £660,000 house in the trendy Laurel Canyon area of LA, but she sold it later on due to money issues. Now the actor lives in the nearby area with her son, Kai David Singh Stenson, and her dogs.

Career Highlight of Parminder Nagra in The Entertainment Industry

Parminder Nagra began her career in the early 90s after her decision to quit her college studies. Early on, she pursued theatre and got her first job as the Princess in Sleeping Beauty. In the initial period of her career, she worked with Indian theatre companies and plays. Some of her notable theatre roles are in Skeleton, A Tainted Dawn, Fourteen Songs, Two Weddings & A Funeral, Krishna‘s Leela, River on Fire, and many more.

The 44-year-old got her breakthrough role Jesminder Bhamra, a teenage Sikh football player in the movie Bend it Like Beckham alongside star cast Keira Knightley, Jonathan Rhys Meyers, Anupam Kher and many more. After that, she appeared in a range of movies like Ella Enchanted alongside Anne Hathway, Shakespeare’s Twelfth Night, Second Generation, for which she got the EMMA award. After that she got the chance to star in the medical drama ER as Neela Rasgotra while also playing small roles in other televisions shows.

As for her personal life, Parminder Nagra swore that she wouldn’t indulge in arrange marriage like her family tradition suggested which is why she was in charge of the most part of her dating life. She was previously in a relationship with Irish actor Kieran Creggan for five years. The couple lived together for the most part but later on went seperate ways due to mutual understanding.

On 17 January 2009, she got hitched with her 7 years boyfriend/photographer, James Stenson. At that time her ER cast members Scott Grimes and John Stamos were the ones to perform on her wedding ceremony. From the marriage, the couple shared a kid, Kai David Singh Stenson. Although they divorced a year after their child was born on February 8, 2012.