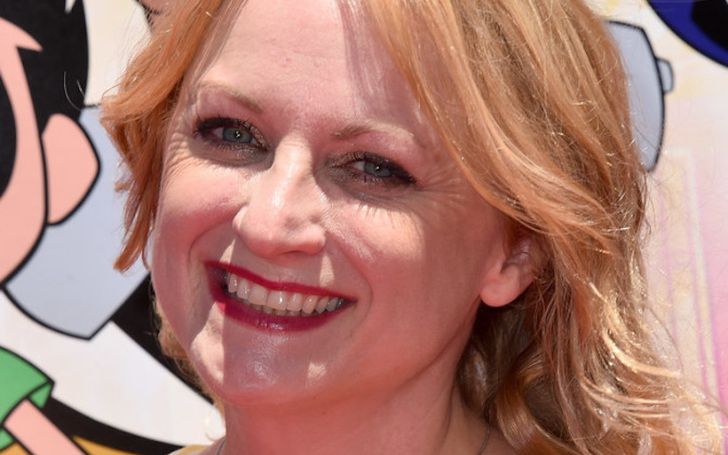 Born as Heidi Hynden Walch on February 1, 1971, Hynden Walch is an American actress, voice actress, writer, and singer. We can hear her voice as Starfire in Teen Titans, and Teen Titans Go!, Viridi in Kid Icarus: Uprising, Princesss Bubblegum in Adventure Time, and Penny Sanchez in ChalkZone. Indeed, she voiced several famous animated characters until today, which made our childhood exciting, and she is still going on. Let’s learn more about her on this page today.

Net Worth of Hynden Walch: Income and Salary

Hynden Walch is in the voice acting business for almost three decades. She achieved massive success as a voice actress, which lead her to a lavishing lifestyle. What do we mean by that? Her years of hardship in the entertainment industry didn’t only profit her professionally but also financially.

Many reliable sites estimated Hynden Walch’s net worth to be around $1.5 million, as of August 2020. Yes, you read it right, it’s believed that her fortune hit the millionaire tagline.

According to a source, a voice actor earns an average salary of $76,297 per year. However, Walch is active as a voice actress for more than two decades; thus, she should make more than average. Further, her earnings are also varied from the type of project she is working for; nevertheless, it is fixed that she quite enough to live in luxury.

Hynden Walch began her career in the movie biz as an actress. She first played the role of Debbie in the film Groundhog Day in 1993. Then, she worked in another drama named Angel Street. Subsequently, in the same year, she got picked to portray the character of Mae Capone in the TV series, The Untouchables.

Also See: Will Friedle’s Net Worth, Career, and Relationship Status

After some great works, Walch got cast in a couple of other movies and TV shows. However, intending to try something new, she voiced over as Sheena Deep in the Goosebumps Audiobook-Deep Trouble in 1996. Gradually, she gave her voice to animated characters from video games and cartoons and printed her name in the entertainment industry as a talented voice actress.

Unlike Hynden Walch’s career details, information linked with her personal life isn’t accessible. She prefers to keep her private life away from the public eye, so few are known about her marriage.

Regardless of all, we do know that Walch is a married woman. She tied the knot with her beau Sean McDermott. Professionally, her husband is also an actor renowned for his work in New York Love Story (2015).

Walch and McDermott shared the marital vows back in 1999 in front of their family and close ones. Since then, they live together; however, nothing is available to share when it comes to their children. Until today, no one in the media has an idea about their kids.