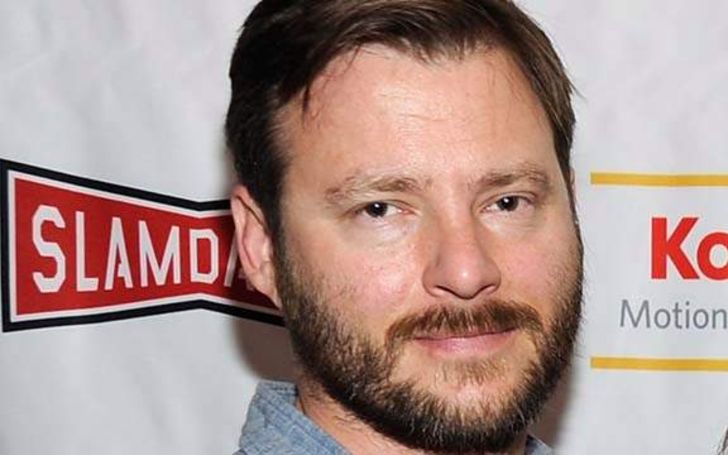 James Stenson is the ex-husband of English movie and TV actress Parminder Nagra. His ex-wife is known for starring in hit movies and series like Bend It like Beckham, ER, Thirteen Reasons Why, Bird Box and many more. As for James himself, he is a professional photographer, and filmmaker whose work has appeared in Marie Claire, GQ, Cosmopolitan, Entertainment Weekly, Variety, Harpers. So, today we gloss over some of his personal details like net worth collection, love life, and career.

James Stenson is a man who got quite successful in establishing himself as a talented photographer and cinematographer in the media. He’s managed to work with some of the A-listers in the entertainment industry while making movies throughout his career. He’s made quite the success professionally and also financially.

Specifically speaking about his net worth collection, there isn’t any information on the internet as he’s quite protective of his private information. Although the Sun did reveal that early on, in his career, the photographer used to make a handsome salary of £200,000 a year.

You may also like: The NBA star, Joel Embiid’s Professional and Personal Details

While Stenson’s ex-wife Parminder Nagra is said to enjoy a colossal net worth collection of £1 million as of 2020. In fact, during the couple’s divorce James filed a lawsuit against his wife for monetary damages stemming from several of their real estate properties they purchased together. He demanded at least $500,000 as well as half the value of their three house.

However, later on in the court settlement Nagra won the case and didn’t share a dime of her property with ex-husband Stenson.

James Stenson is originally from the UK and he graduated from the prestigious University of Wales-Newport’s School of Documentary Photography. At that time he was also the receiver of the Tom Webster Award along with high-commendation from the Observer Hodge Award.

After graduation, he pursued his love for photography and since then his work has been documented in places like  Tate Modern, the Photographers’ Gallery in London, the Photo Gallery Cardiff, and the Impact Photo Gallery in Bristol. He made his directorial debut back in 2011 with his award-winning documentary Kelly. The movie was about a transgender prostitute working and living in Hollywood.

It became the recipient of several awards and got premiered at the 2012 Slamdance Film Festival in Park City, Utah. Since then he’s created masterpieces like Breaking the Silence, Reflections, and The Side Effects of Sadness.

As for his personal life, James Stenson was in a seven-year relationship with his girlfriend Parminder before the couple finally made things official through a marriage ceremony on 17 January 2009. The wedding was done in an Indian style which was attended by his wife’s celebrity friends like Scott Grimes, John Stamos, and many more.

Throughout their marriage, the couple invested in a couple of real estates and later on also welcomed their son Kai David Singh Stenson to their family. However, they divorced a year later due to undisclosed reasons. As of now, James is married and lives in Los Angeles, California with his wife and two kids.