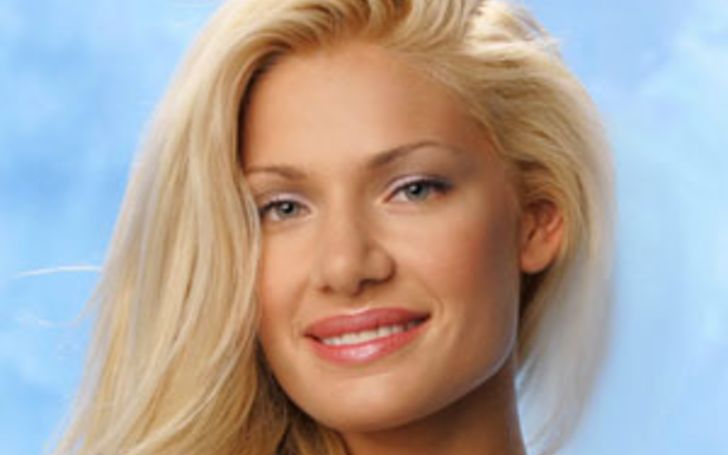 You might remember Janelle Pierzina as the gorgeous recurring contestant in the television reality game show Big Brother. She’s made her appearance in the show for a total of four seasons of Big Brother from sixth, seventh, fourteenth to twenty-second seasons. That’s not all as now you can find the much-loved reality star back on the 2020 season of Big Brother. So, today we gloss over the details of Janelle Pierzina, all from her net worth collection to her relationship, married life, and many more.

Did you know that before appearing on the reality show, Big Brother Janelle Pierzina was an actress, model, and a cocktail waitress? Yeah well, looks like the reality show really did give new heights to her career. It made her gain success not only professionally but also financially. Specifically saying, she made herself quite the net worth collection in the years she worked as a reality star.

According to celebrity net worth, the TV star has a staggering net worth collection of $1 million as of 2020. Now that she’s a part of the Big Brother for the season 22, it’s expected that the above mentioned figure will raise significantly. She’s collected a considerate amount of salary from the TV show along with bonuses like, one time she was awarded with $25,000 by the viewers which added her wealth.

You may also like: All To Know About American Actress, Producer and Model Bo Derek

However besides acting, Pierzina also works as a real estate agent based in Edina, Minnesota. In her website, she describes herself as a self-motivated workaholic where she has a plethora of reviews lined up about her work. Least to say it appears that she’s earned quite the big bucks as a realtor considering her client numbers.

Janelle Pierzina might have a showmance in her reality show with co-contestants but in reality, she’s a committed wife to the love of her life Jess DeSanto. Even though they married years later, the couple actually met when they were just 18 at their college in the University of Minnesota Duluth.

The 40-year-old was still dating her to be husband, DeSanto when she first began her career in 2005, season 6 of Big Brother show. Due to her career, things were not official in the beginning, but that all changed as five years later the pair got engaged and tied the knot on June 12, 2010. They married in a beautiful outdoor setting surrounded by all of their loved ones, friends, and family members.

Right after their marriage the couple started their family together and welcomed their first child Violet Anne DeSanto on December 14, 2011. Their eldest daughter’s birth was followed by two other siblings Lincoln William DeSanto and Stella Rose DeSanto born on August 10, 2013, and September 26, 2014.

Janelle Pierzina began her acting career as a reality contestant back in 2005 as one of the fourteen contestants on Big Brother 6 and she proved to be quite great at it. It is because she’s the first and only four-time player to be re-casted in the history of Big Brother.

The mother-of-three was first evicted from the show on September 16, 2005, getting third place in the show. She was back in season 7 while again getting the third place and $25,000 as the winner of America’s Choice vote. After that, she was seen in season 8, hosting the Power of Veto, as well as food competition in the same show.

Later on, Janelle returned on the 14th season while getting evicted early being the fourth member to get kicked out. Her most recent one is on August 2020, when she entered the show for the 22nd series.

That’s all, follow Featured Biography for more of these reads!