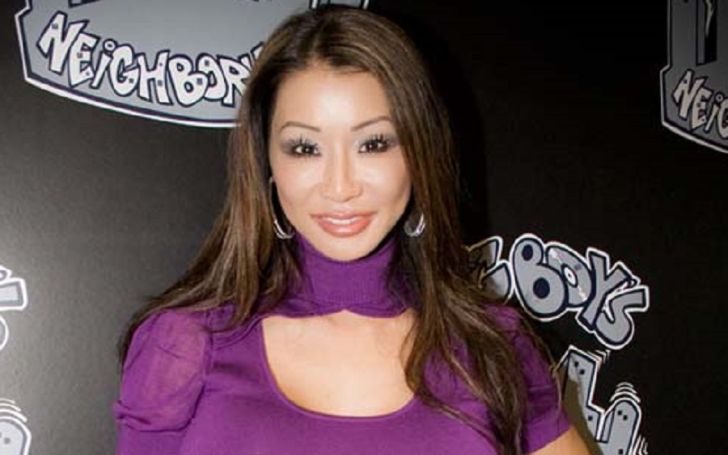 For those who don’t know, Kiana Kim is a popular Korean/American Playboy model and a television reality show actress. She found popularity after dating professional baseball player Pete Rose. The pair even appeared together on their modern-day family reality show Pete Rose: Hits and Mrs on TLC. Today we take you on the voyage to know more about model Kiana Kim, her stacks of net worth collection, personal details, and not to miss her love life and how it started.

What Is Kiana Kim’s Net Worth Collection?

When it comes to finances, Kiana Kim’s one of those celebrities who’s managed to gain success not only professionally but also financially as well. From her career as a Playboy model and commercial model, she’s managed to garner a handsome net worth profile for herself as of 2020.

According to Celebrity Net Worth, the South Korean model’s collected a smashing net worth of $1 million from her professional career. Most of her income comes from her modeling activities and advertisements. She also got a good deal after her show Pete Rose: Hits and Mrs aired on TLC Network.

You may also like: All About Zdeno Chara’s Wife, Tatiana Biskupicova.

Her partner Pete Rose, a retired baseball player, and manager, is also in quite a financially stable position after making $3 million as of 2020. The couple is already engaged and is yet to tie a knot due to their busy schedule.

Some Details About Kiana Kim Wiki

Kiana Kim originally hails from Seoul, South Korea, and she moved to the United States, Los Angeles, at the age of five with her family. As for her education, she studied at Arizona State University and graduated with a degree in Business Management.

Before gaining popularity as a Playboy model in 2010, the 40-year-old worked as a Korean Airlines flight attendant. Not only that, but she also tried her hand as a real estate agent, marketing agent for a salon, and many more. Among her career choice, she’s known to be a successful realtor and has earned several awards for her share volume.

After dating Rose, the couple got a chance to be at a reality show. The show featured their daily lives, ambitions, and life with Kim’s two children from her previous marriage.

If Kiana Kim and Pete Rose get married, Kim will be the third wife of her fiancé. Pete was previously married to his first wife, Carol J. Woliung and Karolyn Englehardt. He has two kids with Carol, who are Fawn Rose and Pete Rose Jr. From the second marriage, he had two kids, Chea Courtney and Tyler Rose.

Kim also shares two kids, Cassie and Ashton, from her previous marriage. Did you know that Kiana is actually half the age of her fiancé? Rose is 79 years old, and she is 40 as of 2020. The couple faced a hard time being together as Kiana lived in Los Angeles and Pete lived in Las Vegas. As of now, there isn’t any wedding news from the pair; however, make sure you check out our page to get more updates on them.