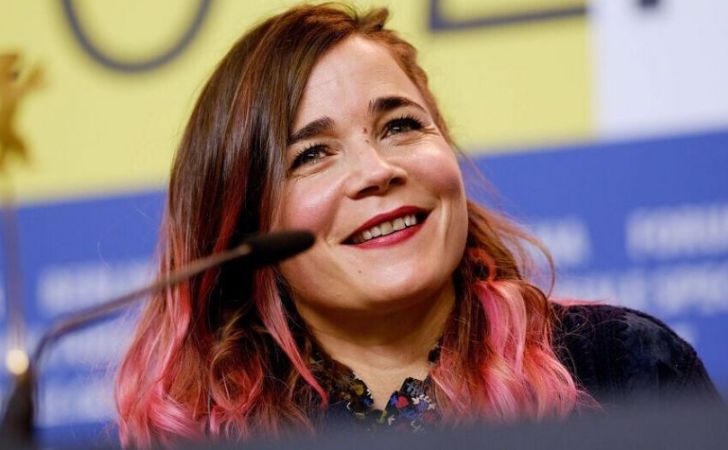 Born on April 3, 1977, Blanche Gardin rose to fame as a French actress, comedian, and writer. She was doing pretty well on her own. However, her image got a massive boost up after news spread out of her dating the American stand-up comedian, writer, actor, and filmmaker, Louis C.K. Indeed, she is in a romantic relationship with Louis, which was confirmed by the latter in 2018. Let’s know more about Blanche and her life with Louis.

As you guys already got the idea, both Blanche Gardin and Louis C.K. are into the entertainment industry. The lovely pair work hard to earn their living and are doing great on their own.

Nobody in the media got a clue when Blanche and Louis began to date; however, the boyfriend-girlfriend couple confirmed having a romantic relationship in 2018. Since then, they are together. The lovely duo recently, on July 2, launch their new audio series, Long-Distance Relationship. They notified their fans about their latest project through Louis website, louisck.

Besides working with each other professionally, Blanche and Louis are reported to be enjoying their time in St. Barts. Indeed, the couple is on vacation, as pointed out by Page Six.

Though there are no details on Blanche’s past relationship status, her lover, Louis, was previously married to Alix Bailey. The former duo legally separated in 2008. They do co-parent two daughters, Katherine and Mary Szekely. Furthermore, after his divorce, he was in a brief relationship with musician Fiona Apple.

Net Worth Collection of Blanche Gardin

Regarding Blanche Gardin’s financial background, much information isn’t available. She hasn’t spoken out about her earnings in any media; thus, it’s hard for anyone to pinpoint her fortune.

Despite the odds, many reliable sites on the internet estimated that she holds an outstanding net worth of $2 million, as of 2020.

All credit for her impressive net worth goes to her years of dedication and hardship she placed in her career.

For someone like Blanche, who worked for several years in many movies, shows, and other different projects, it’s normal to gain a millionaire tagline.

It seems like Blanche Gardin really loves to keep her private life far away from the media as much as possible. Further, she is also not active on Instagram right now; therefore, information on her parents, siblings, and family lives in shadow.

Blanche Gardin graduated with a Master of Sociology degree from the Paris Nanterre University.