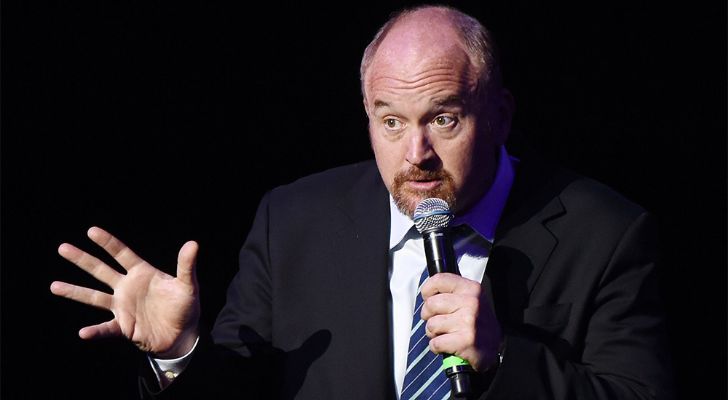 Born on September 12, 1967, in Washington D.C., Louis C.K. grew up to become a stand-up comedian, writer, actor, and filmmaker. He is famous for what he does, gaining tons of applause for that; however, his career began to feel apart after being accused of sexual misconduct. Nevertheless, he brought changes in his life, and now he is making a comeback in the entertainment industry. Besides, his career, his married life with his ex-wife, Alix Bailey is quite famous in the mass. Let’s know more about his net worth, career, married life, and children.

It’s impossible to share the actual financial status of Louis C.K.; why? Well, he hasn’t given out any information on this topic. Regardless of that, Celebrity Net Worth estimated his net worth to be around $35 million, as of 2020. Yes, you read it right; he is a multimillionaire.

All credit for Louis’s impressive fortune goes to his years of dedication, which he placed in the entertainment industry. You guys might not believe it, but he directed his first movie when he was only 17-years-old. It was a short comedy film called Trash Day.

As Louis grew up, his desire to be the best in the entertainment biz also grew inside him. In order to fulfill his dreams, he began investing himself in the cinematic world. He started as a stand-up comedian. Gradually, he began to perform on television. While doing that, he again submitted his time to create short movies.

In his early 90s, the veteran comedian Louis, 52, also started honing his writer and producer skills. He has written for figures like David Letterman, Conan O’Brien, Sana Carvey, and many more. After years of struggle, in the mid-2000s, he got opportunities to tour with other renowned comedians doing stand-up comedy.

After years of hardship, he rose to fame; however, everything fell apart after being accused of sexual harassment. After taking massive damage to his personal image, he went through a lot. Nevertheless, he is trying hard to make a comeback. Recently, he even joked about his mistakes in a stand-up comedy act, as per Variety.

The Emmy and Grammy Award-winning comedian, Louis C.K., has been married once with his lovely ex-wife, Alix Bailey. She is a successful artist and also played in some of the movies in her lifetime.

Alix and Louis shared their marital vows back in 1995. They were rejoicing their time together. The lovely duo even expanded their family with two beautiful daughters, Kitty Szekely (b.2002), and Mary Louise (b.2005). After the couple separated in 2008, they started to co-parent their kids. Besides all of the history, they maintain a healthy relationship as friends.

Unlike his former lover, Alix, who finds it hard to be in a relationship with anyone else after their divorce, Louis was reported having an affair with musician Fiona Apple. Similarly, in 2018, he even confirmed that he was dating a French comedian and writer Blanche Gardin.