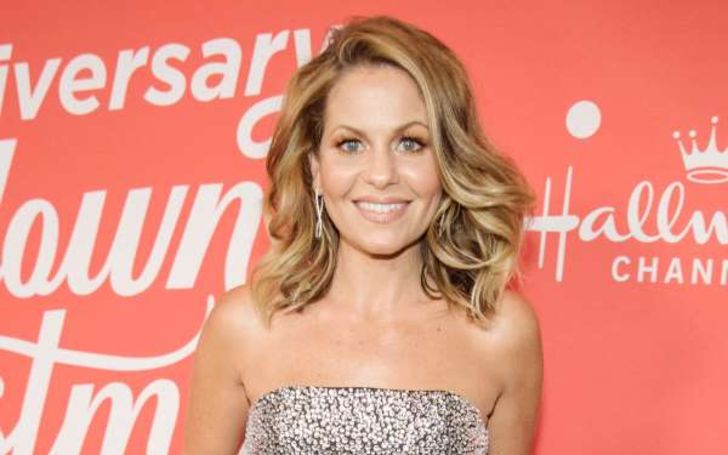 Candace Cameron Bure is a gorgeous and multi-talented American actress, producer, writer as well as a talk show panelist. You might’ve noticed her on the American TV sitcom Full House, as D.J. Tanner. She’s also known as the wife of former NHL hockey player Valeri Bure. Just like that, today we’ll have a look at all of her interesting details like married life, net worth collection, and her career in the article below.

Candace Cameron Bure certainly did good by being a part of the American movie industry. Particularly her shining moment came by starring in the show Full House as D.J. Tanner. The show was one of the all-time hits as it aired 192 episodes over 8 seasons and is still a hit even after 20 years of his end.

The actress got her share of limelight from the series and managed to succeed not only professionally but also financially. According to Celebrity Net Worth, Candace enjoys a staggering net worth collection of $14 million as of 2020. Her net worth comes as a shared form with her professional hockey player husband Valeri Bure.

You may also like: All About Korean Singer/Actor Min Kyung Hoon

The Cameron-Bure family is known for their exceptional taste in real estate and investments. They have a history of purchasing a $1.377 million house in Plantation, Florida, which they sold for $1.455 million in 2015. Besides that, they also bought a $2.355 million house in Malibu, California, and a two-acre rural home in St. Helena, California.

Candace Cameron Bure began her career by starring with small roles in shows like St. Elsewhere, Growing Pains, Who’s the Boss, Punky Brewster, Some Kind of Wonderful, and many more. She got her breakthrough role in 1987 via the Full House drama. She was cast as Donna Jo aka D.J Tanner, the oldest daughter in the series.

The 44-year-old actress was a part of the show during its entire run from September 22 1987 to May 23, 1995. After the show ended she guest-starred and hosted a couple of award shows in Nickelodeon. During that time she took a break from the entertainment industry to cater to her new role as a mother.

However she was back later on as a co-host of 50 Cutest Child Stars: All Grown Up on the E! Network along with Keshia Knight Pulliam. You might’ve also seen her as the participant on Season 18 of the Dancing with the Stars show. She and her partner Mark Ballas made it to the finals and got third place in the show.

Talking about Candace Cameron Bure’s love life, as you already know she’s married to the love of her life, Valeri Bure. The adorable couple first met through a charity hockey game by then Full House co-star Dave Coulier. The couple instantly got attracted to each other and dated for about two years before they tied the knot on June 22, 1996.

Together they share equally lovely children, Natasha Bure, and two other sons whose names are yet to be disclosed in the public. Together the family lives in California, US.