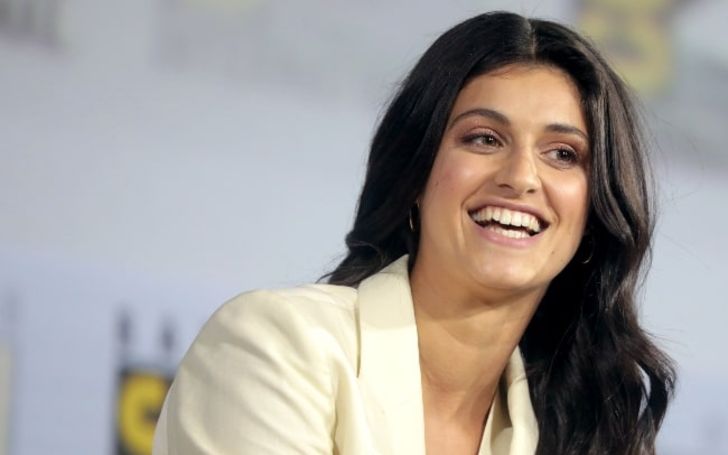 The entertainment industry has stepped into a new phase of evolution, with many young and talented actors stepping up and taking the stage to showcase what they got. One such person is English actress Anya Chalotra who is becoming famous among television fans. In just a few years since her debut in 2017, her notable works are Wanderlust, Sherwood, and, most recently, The Witcher.

How is Anya Chalotra Personal Life Going on? Has She Been Seeing Someone?

Anya Chalotra is one of those many celebrities who prefer to remain tight-lipped when it comes to her private life, especially love. To this day, there is no news or rumors of her chemistry in public.

Many assume the 23-year-old to be single, but upon examining her Instagram account, there is an anonymous man who very well might be her boyfriend. Some speculate the photo she uploaded on March 22, 2020, is her lover.

However, nothing is certain at this time as the Sherwood voice actress has been quiet on the matter. Let’s hope she speaks and clarifies it soon.

Most of the time, Anya is busy shooting on set, but when she is not, she likes to spend time traveling or spending time with her close ones.

Anya Chalotra has a net worth of $1 million from her career in the acting. With her booming career, her wealth will inevitably increase in the coming days.

In only a matter of a short time of professional acting, the 1.65 meters tall lady has been a part of hit works. She rose to popularity through her performance as Jennifer Ashman in the series Wanderlust. The British television drama starred Toni Collette, Royce Pierreson, Steven Mackintosh, Celeste Dring, and many others.

Check out the clip of Anya Chalotra speaking about her role in the Netflix series The Witcher!

The eight episodes mini-series aired on Netflix on December 20, 2019. While playing her character, Anay revealed that she had a body double to play sex scenes. The 23-year-old opted to have her double for the first scene, but she did it herself after that.

Anya Chalotra was born on July 21, 1996, in Lower Penn, a village in Wolverhampton, South Staffordshire, England. The lady is half British and half Indian, her mother being British while her dad is South Indian.

The talented starlet has a younger brother and an older sister. She attended St. Dominic’s Grammar School in Brewood. As for acting, she studied at the London Academy of Music and Dramatic Art and the Guildhall School of Music and Drama in London.

You Can Also See: Celebrity Husband Cooke Maroney’s Personal Life And Net Worth!

During her time as a stage actress, Anya did theatre performances like Much Ado About Nothing, The Village, and Peter Gynt. She made her screen debut after she appeared in Wanderlust in 2018.