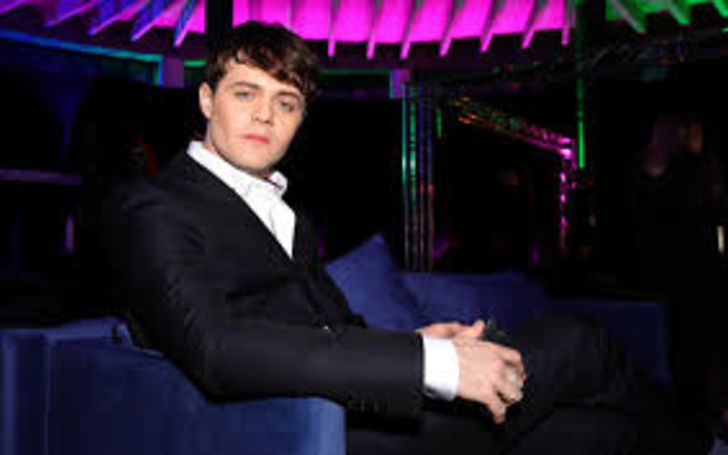 Joey Batey is an English actor and musician best known for his on-screen works like Knightfall, The White Queen, and Mount Pleasant. Recently, he is becoming more popular among the audience after playing in the Netflix series The Witcher. The hunk has also played in movies which are The Riot Club and Blood Cakes. Moreover, he is the vocalist and musician of the English indie-folk band The Amazing Devil.

How is Joey Batey’s Life Going On? What About His Relationship Status?

Joey Batey does not appear to be in a romantic relationship with anyone and is likely single right now. He does not have a past romance or affair with anyone in the media.

The White Queen star might have been in a fair share of relationship in the past, but he has not spilled the beans about his private matters. He also rarely posts anything on his social media.

Joey is usually busy with his acting and musical works, but in his free time, he relaxes with his family and close ones.

Through his music and acting career, Joey Batey possesses a net worth of $500,000. With his increasing popularity, his career is heading into the right track. His wealth is sure to increase in the coming days.

So far, his most notable acting performance is in The Witcher. He portrayed one of the show’s leading characters, Jaskier, and worked alongside Henry Cavill, Freya Allan, Eamon Farren, Anya Chalotra, Royce Pierreson, and many others.

Check out the clip of Joey Batey attending the world premiere of Netflix’s original series The Witcher!

The 10 episode mini-series aired on Netflix on December 20, 2019. In January 2020, upon the popularity of the show, Netflix announced an animated spin-off film titled The Witcher: Nightmare of the Wolf.

Recommended: Get the Information About Celebrity Daughter Isan Elba’s Net Worth And Assets!

Joey’s other well-known performance was in the drama series Knightfall in which he played the recurring role of Pierre. Likewise, the hit-series starred Tom Cullen, Simon Merrells, Julian Ovenden, Padraic Delaney, and Jim Carter.

Joey Batey was born on January 01, 1989, in North East London, Newcastle. Reportedly, from a musical family, he received his education at Robinson College in Cambridge. As for his acting, he trained at The Jacques Lecoq International Theater School in Paris.

The 30-year-old featured in the Royal Shakespeare Company’s Oliver and Tony ward winning productions Wolf Hall and Bring up the Bodies on the West End and Broadway.

The 1.82 meters tall man made his acting debut in the television movie Murder on the Home Front. For his series, The Witcher he sang soundtracks, Her Sweet Kiss, The Fishermonger’s Daughter, and You Think You’re Safe, and Toss A Coin To Your Witcher.

For more celebrity Biography and other articles, be sure to check out Featured Biography!