Amabella Sophia Markert is the daughter of disc jockey and television celebrity Paul DelVecchio Jr (Father) and Amanda Markert (Mother). Keep scrolling down to know more about her. 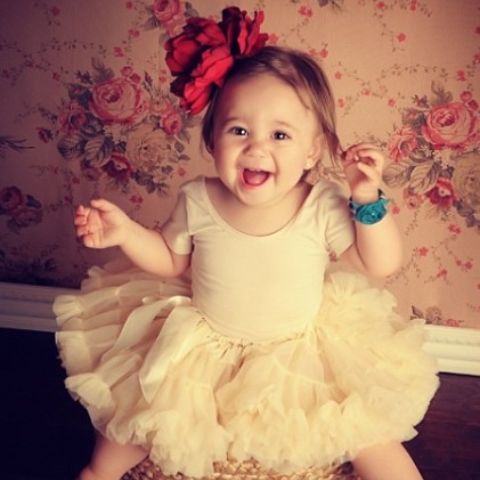 Amabella Sophia Markert is a celebrity who rose to prominence as the celebrity daughter of Pauly D, an American TV personality and disc jockey. Markert first set foot on this land on May 16, 2013, in New Jersey, USA. Her zodiac sign is Taurus.

The celeb child’s parents’ names are Paul “Pauly D” DelVecchio and Amanda Markert. Her father is a TV celebrity and a disc jockey, while her mother used to work as a Hooters waitress. She also has an older half-brother named Mikey from her mother’s previous relationship. Her nationality is American, and she is of white ethnic origin.

Amabella Sophia Markert’s parents, Pauly D and Amanda Markert had a brief affair that concluded in a one-night fling, which resulted in her pregnancy. She did not notify him about the child until the infant was a few months old. They met while she was working as a server at the restaurant chain Hooters.

Later, in 2013, the couple drew public attention when it was revealed that they were arguing over custody of the child. This was owing to Amanda’s demand for a large sum of money in child support. Pauly D alleged that she was buying lottery tickets with their child’s money. Nonetheless, Pauly was fighting for full custody of his daughter, but her mother declined to file a lawsuit, and they settled their differences calmly by agreeing on joint custody.

Markert’s father, Pauly D, on the other hand, had a long history of dating. He was in a romance with Angel Splendorio in 1996. However, the relationship ended after two years. He later dated Jenni’ JWoww’ Farley, Angelina Pivarnick, Rocio Olea, Deena Nicole Cortese, Aubrey O’Day, and Olivia.

Amabella Sophia Markert does not have her net worth because she is not yet active in any profession. She comes from a wealthy family. Amabella’s parents’ net worth appears to be sufficient for her to enjoy an affluent lifestyle excellently. She will eventually have her net worth. On the other hand, her father, Pauly, has a net worth of $20 million as of 2021.

Pauly D amassed his fortune as a cast member on the popular MTV reality show Jersey Shore and as the official DJ for Moon, Rain, and the Palms Pool. Furthermore, he gets paid $150,000 per episode. Because he is still working in his field, his net worth may rise in the future. In addition, the MTV star was named to Forbes’ list of highest-paid DJs in 2012 and 2013, earning $11 million and $13 million per year, respectively.

Likewise, DelVecchio has many vehicles, including a $450,000 Lamborghini Aventador Roadster and a matching white Bentley. In addition, he has a $325,000 Rolls Royce Ghost, Mercedes Benz, KAWASAKI ZX-10R, Lamborghini Gallardo, OCC CHOPPER, Suzuki GSX-R, Escalade, Cadillac DTS, and other vehicles.