Jennifer Lynn Farley is an American actor, entrepreneur, and television personality best known for her involvement in the reality television show "Jersey Shore." Know more about her down below. 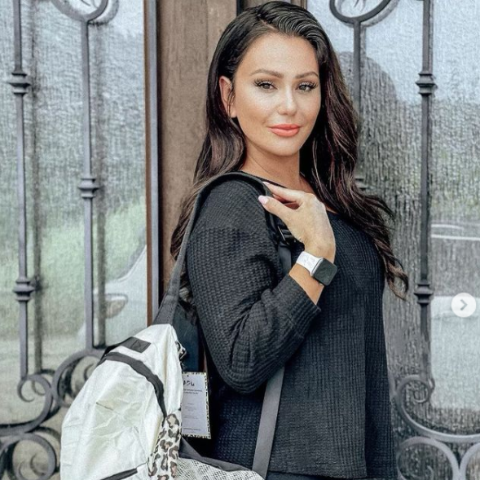 What is Jenni Farley’s Net Worth Collection?

Jenni Farley, also known as Jwoww, is a reality television celebrity, actor, and screenwriter with a $4 million net worth. Her primary source of income comes from her acting career. JWoww is most known for her role in the MTV reality series “Jersey Shore” and subsequent reboots. She was also a regular on the Jersey Shore spin-off “Snooki & JWoww.”

The artist and her ex-husband spent $1.95 million for a 2.5-acre property in Holmdel, New Jersey, in April 2019. The house had lately been completely renovated, with unique high-end accents throughout. Jenni listed a home in Toms River, New Jersey, for $1.4 million a few months after making this purchase. She received $1.1 million for this property in December 2019, a significant profit over the $685,000 she paid in 2011.

During Jenni Farley’s senior year of college in 2009, she was offered to appear on the iconic MTV reality show ‘Jersey Shore.’ She accepted the offer because she had lost interest in graphic design by that point. Jwoww competed as one of eight participants in the show’s inaugural season when it debuted in America. She quickly rose to become one of the show’s most famous participants. She was overconfident and often spoke out against injustice. Her second appearance on a reality show was on ‘Snooki & Jwoww,’ another MTV show. The show was a spin-off of ‘Jersey Shore .’ It co-starred Snooki, her former ‘Jersey Shore’ housemate.

The format of the show was influenced by the design of ‘Laverne & Shirley.’ The show went on to become one of MTV’s most successful reality shows of the year.JWoww also developed her fashion line, ‘Filthy Couture,’ and debuted it at a Las Vegas exhibition. However, a threatening lawsuit over copyright claims turned out to be a tremendous disaster. The line was shut down after four years of service. Rather than becoming dejected, she stated that she would return to another fashion brand eventually.

The screenwriter’s first book, ‘The Rules According to JWOWW: Shore-Tested Secrets on Landing a Mint Guy, Staying Fresh to Death, and Kicking the Competition to the Curb,‘ was published in 2010 and was based on her experiences working on the ‘Jersey Shore’ sets. Jenni was named one of ‘GQ’ magazine’s “Sexiest 100 Ladies of the 21st Century” in January 2013, at the height of her success. She was a prominent cast member on the reality show ‘Marriage Boot Camp: Reality Stars’ in 2014.

The celeb featured on another reality show, ‘Worst Cooks in America: Celebrity Edition,’ in 2015, which was very different from anything she had done before. She was crowned the show’s winner. Jenni also dabbled in filmmaking with the 2015 indie comedy film ‘The Mint.’ She also played a lead role in the film. The picture garnered positive reviews and did well at the box office.

Jenni Farley was proposed to in September 2012 by her longtime boyfriend, Roger Mathews. They married in October of 2015. Jwoww and Roger revealed on Twitter that they were expecting their first child around Christmas 2013. Farley gave birth to a daughter called Meilani Alexandra Mathews on July 13, 2014. Greyson, their second child, was born in May 2016. She and Mathews filed for divorce in 2018, and their divorce was finalized in August 2019.

The actress then dated professional wrestler Zack Carpinello from April to October 2019. During her divorce from Mathews, she stated to the police that her ex-boyfriend Tom Lippolis who she had dated ten years earlier and had appeared with her in early seasons of “Jersey Shore,” had tried to extort $25,000 from her in exchange for not selling “her secrets” to the press. He was detained for the crime in December 2018.

The television celebrity is an outspoken supporter of homosexual rights and has defended the LGBT community in two different Twitter conflicts. The first arose as a result of Bristol Palin coming out against President Barack Obama’s support for gay marriage, and in 2012 she went up against one of her former castmates, Angelina Pivarnick, who asserted that homosexual individuals could alter their sexual orientation if they wanted to.

Jenni Farley was born on February 27, 1986, in East Greenbush, New York. Farley graduated from Columbia High School. Before beginning her career, she attended the New York Institute of Technology and worked as a babysitter for little children.

The 35-year-old lived in Franklin Square, New York, on Long Island, when she auditioned for “Jersey Shore.” She underwent a 23andMe DNA test in 2019. She discovered she had a minor amount of Italian ancestry, which surprised her because she had previously maintained that she was not Italian like most of her “Jersey Shore” co-stars.