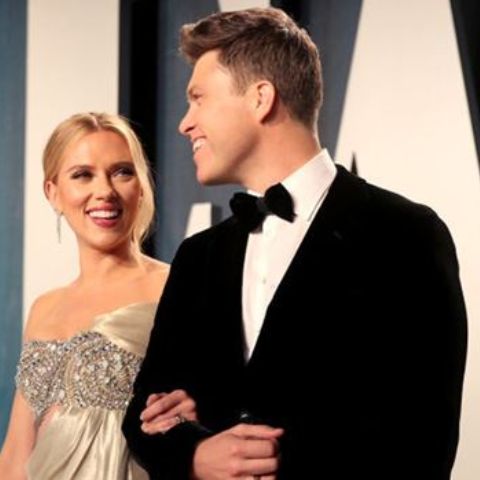 Scarlett Johansson and Colin Jost had their first child together after marrying in October 2020. The Black Widow actor is now a mother of two after the birth of her son Cosmo with the Saturday Night Live star. Colin announced via an Instagram post.

“OK, we had a baby. Cosmo is his given name. We adore him,” he wrote. Colin went on to say, “Privacy would be really appreciated.” On the next slide, he humorously added that all inquiries should be directed to the couple’s publicist @chethinks, Michael Che.

The 39-year-old Saturday Night Live head writer and Weekend Update co-anchor became a father for the first time with the birth of their baby, while Johansson, 36, is already a mother to a 6-year-old. In August 2014, she and her ex-husband, French journalist Romain Dauriac, welcomed their first child, Rose. The couple divorced in 2017, after which the Black Widow actress began dating Colin publicly.

Scarlett and Colin’s wedding was small and intimate, with the couple’s wedding wish being for people to “help make a difference for vulnerable older individuals during this (COVID-19) tough time.”

Their wedding was confirmed by the charity Meals on Wheels America, which reported that their intimate relatives and loved ones attended the ceremony. All guests followed the CDC’s COVID-19 social distancing safety protocols (Centre for Disease Control).

The organization also uploaded a photo of the Statten Island Ferry crossing the Hudson River, with the slogan ‘Jost Married’ emblazoned in large letters above it. The actress previously told People about the small wedding, saying that keeping the marriage low-key made it feel planned. She went on to say that the couple wanted to feel like the ceremony had an intentional closeness rather than being confined ‘by all these stuff.’

The wedding took place at the actor’s house in Palisades, New York, with only a few family members and friends in attendance. Colin also revealed to Entertainment Weekly that he had delegated the majority of the wedding planning to his wife.