Though not a media personality, Amanda Markert has garnered much media attention, maybe not for her character but definitely for being the baby momma of DJ Pauly D. Here are some interesting facts on her relationship status, net worth, and early life. 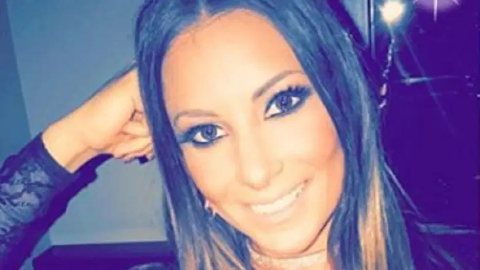 Amanda Markert is not outspoken about her past relationships. However, her controversies with Pauly D regarding their daughter are out in the open for all to know. The controversial mom has a daughter named Amabella Sophia Markert with Pauly D.

After having a one-night stand with Pauly, who was already notorious for his one-night stands on the reality show Jersey Shore, Markert became pregnant with their daughter, Amabella. Even so, the two have never been in a romantic relationship. But, Amabella is not the first child Amanda became pregnant with. From her previous beau, Lance Gerbino, she has a son named Mikey.

At present, the mother of two is happily married to Dan Frazier. The two got engaged on September 25, 2020, and eventually tied the knot on April 25, 2021. Markert shared numerous pictures of her wedding on her Instagram account. Dan Frazier also has kids from his previous relationships. We are yet to know more about her husband’s personal information.

Amanda Markert Net Worth and Career

Amanda Markert’s detailed work history is not entirely known. But, per the amount of information available, she has previously worked as a waitress and an attendant for guests at VIP Bottle Services. Infact, at the time of the infamous one-night stand that she had with Pauly D in Las Vegas, Amanda was working at the restaurant chain, Hooters, as a waitress.

The mother of two is very active on Instagram. She has accumulated more than 30,000 followers on her Instagram account and frequently shares pictures of her kids on it. However, she is known more for her controversies with her baby daddies. It was after being the mother of Pauly D’s daughter that Amanda received the limelight.

The former waitress hasn’t revealed what she does currently. As such, her current exact net worth is not known. However, as per reports, her total assets are worth $300,000. Being the baby momma of Pauly D, Amanda has quite an advantage in living a fulfilled life.

Amanda Markert was born in 1989 in Las Vegas, Nevada. As of 2021, she is 30 years old. She is a native of New Jersey. The details of her parents and siblings are not known yet. However, the baby momma to Pauly D is a mother of two. As aforementioned she has two kids: daughter Amabella and son Mikey. Mikey is her eldest child from her previous beau, and her youngest child is Amabella from Pauly D.

As for Amanda’s academic qualifications, she graduated from Absegami High School in 2005 and attended Atlantic Cape Community College in Mays Landin, New Jersey. It’s not clear whether she graduated from college or dropped out midway. Currently, the proud mother stays with her children in Las Vegas, Nevada, and seems to have been out of scandals for a long time.