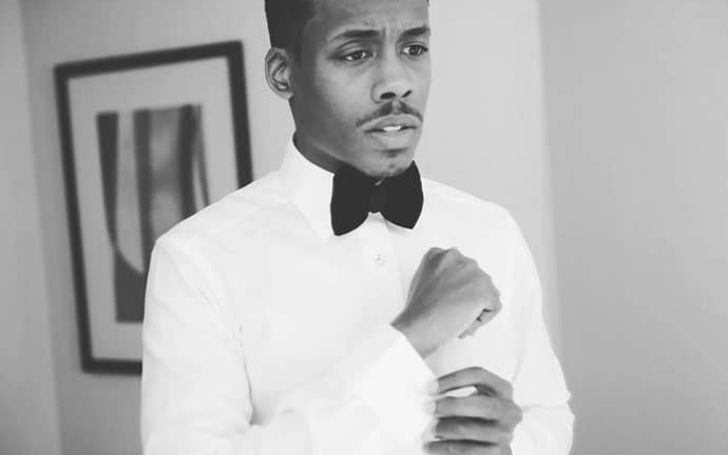 The name Tim Bowman is renowned in the music industry. He is an American smooth jazz gospel musician, and many are familiar with his exceptional works. However, today in this article, we will share your details linked with his son, Tim Bowman Jr. Like him, his kid stepped into the music biz. Indeed, Bowman Jr. followed his dad’s footsteps and is doing great by himself. We will learn more about his net worth, career history, marriage, and personal life. Thus, keep on reading to gran it all.

According to Idol Net Worth, Tim Bowman, Jr. succeeded in accumulating an impressive net worth of $2 million, as of 2020. Indeed, he is a millionaire, and credit goes to his outstanding talent as a musician.

Though many might think Bowman Jr.’s net worth to be little low than other stars in the music industry, let us tell you, he will soon boost up his fortune. How? First thing first, he is just starting, and second, his fanbase is rising crazily; thus, he will surely be one of the wealthiest artists in his genre.

Tim Bowman Jr. began his music career back in 2012. That year he released Beautiful with Trippin’ N’ Rhythm Records, which became his breakthrough release upon the Billboard magazine Gospel Albums and Independent Albums charts.

One of Bowman Jr.’s songs, He Will charted on the Billboard magazine Hot Gospel Songs chart. His paternal aunt, Vickie Winans, was featured in that project. Further, his album Listen debuted at No.1 on Billboard Gospel Albums garnering two No.1 singles of the project I’m Good and Fix Me.

Bowman Jr.’s songs are liked and appreciated by many, which helped him be nominated for Grammy, Dove. And Stellar Award.

Tim Bowman Jr. is a happily married man. He shared the marital vows with his longtime girlfriend, Brelyn Freeman on October 10, 2015. They tied the knot in front of their close ones by throwing a ceremony in Upper Marlboro, Maryland.

Tim Bowman Jr. was born on May 26, 1987, in the City of Detroit, Michigan. As you already know, his father, Tim Bowman Sr. is a musician; to be more precise, he is renowned as a smooth jazz guitarist. Unfortunately, there isn’t anything available on his mother.

Regarding Bowman Jr.’s academic details, he passed out with a degree in pharmaceutical sciences from Wayne State University.