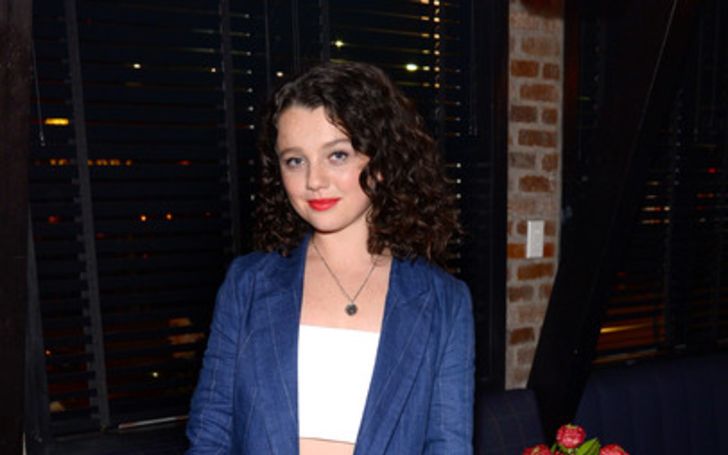 Stefania LaVie Owen is an American actress whose ability to perform whatever roles thrown at her, has put her on the driving seat as one of the rising stars in the American entertainment industry. In her booming acting career, some of her famous works are The Carrie Diaries, Chance, and I’m Dying Up Here. Recently, she rose to extra-fame through her performance in the 2020 Netflix release web-series Messiah. Want to learn more on the actress, feel free to check out the article presented to you in the section below!

Stefania LaVie Owen was born on December 15, 1997, in Miami, Florida. Her father is a New Zealander while her mother is of Cuban-American descent. She has two sisters, Carly Owen and Lolo Owen. When she was four years old, her family moved to New Zealand and lived in Pautahanui, a village in the north of Wellington.

You May Also Read: Jason Carr’s Personal Life And Net Worth!

During her school days, she took acting and dancing classes along with her siblings. The starlet made her screen debut in the 2009 supernatural thriller drama film The Lovely Bones. In an interview with the New York Times, she told the movie opened the door of opportunities for her.

Is Stefania LaVie Owen Dating Anyone? What’s Her Relationship Status?

Stefania LaVie Owen is pretty tight-lipped and reluctant to open about her relationship status. The actress seems close to many of her boyfriend, but they are just good friends to her.

Although relatively secretive when it comes to her love life, it has been learned that Owen was in romantic chemistry with a guy named Harry Ritchie. Presumably, Harry was her highschool sweetheart, whom she dated for many years.

After a few years, however, she stopped posting pictures with her lover and possibly no longer together.

It has been a long time, she last posted with Harry so, the duo might have called it a day for their relationship.

Most of the time, I’m Dying Up Here star remains busy with her shooting schedule for her movies and series. In her off-days, she likes to relax with her parents, siblings, and pals, the pictures of which she shares on her social media.

Stefania LaVie Owen has a net worth of $3 million from her career in the acting industry. Despite only 22, it is impressive that she has been able to accumulate such a massive sum of fortune. Incredible!

Among the list of her acting credits, the talented star made her breakthrough in the series Chance. She portrayed the character of Nicole Chance and acted alongside Hugh Laurie, Ethan Suplee, Lisa Gay Hamilton, Greta Lee, and Paul Adelstein.

Check out the clip of Stefania LaVie Owen speaking about her T.V. series, Chance, in an interview!

These days, fans seem to know Stefania from the Netflix series Messiah. In the web-series, she was one of the main cast members and played the role of Rebecca Iguero. The 10-episode series starred Mehdi Dehbi, Tomer Sisley, Michelle Monaghan, John Ortiz, Melinda Page Hamilton, Sayyid El Alami, and Fares Landoulsi.

If you want to check out similar celebrity content, visit Featured Biography!