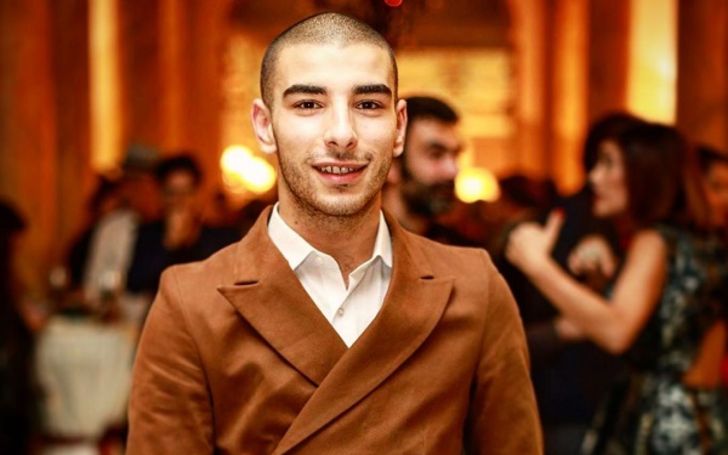 Fares Landoulsi is a Tunisian actor who came to prominence through his impressive acting skills in the recent Netflix released series Messiah. The talented actor’s other works are Omerta, Narcissus, Face a la Mer, School. and What the Day Owes the Night. If you want to learn more about the actor, be sure to read all!

Fares Landoulsi is possibly not in any relationship and is single at the moment. There has been no rumors about his love life in the media till now.

The School star seems close to many of his female friends, but he has never hinted that anyone as his lover. He is undoubtedly good-looking, and surely there might be many girls who would fall head over heels for him, but it looks like he prefers to remain single for now.

The actor also likes to live away from the attention, which is why his Instagram is set on private, which not long ago was open.

Fares Landoulsi’s Net Worth And Career

Fares Landoulsi has a net worth of $200,000 from his career in the acting field. On average, a French actor makes around $64,913 annually. As someone who is quite popular among the audience, he should earn higher cash than that.

In his acting career so far, his most renowned project is in the American series Messiah in which he portrayed one of the starring characters, Samir. The Netflix series starred actors Mehdi Dehbi, Tomer Sisley, Michelle Monaghan, John Oritz, Melinda Page Hamilton, Stefania LaVie Owen, and Sayyid El Alami.

For the series, Fares auditioned in London and took him six to seven castings and a full year before getting the role. For the series, he also learned Palestinian language from a language coach. Moreover, upon the completion of the shooting, he lost a total of 18 kgs bodyweight.

On film, he has played a minor role in the movie What the Day Owes the Night. In the 2012 French romantic drama movie, he got to work with Nora Arnezeder, Fu’ad Ait Aottou, Anne Parillaud, Vincent Perez, Anne Consigny, and many others.

Fares Landoulsi was born on November 28, 1993, in Tunis, Tunisia. He grew up with his two siblings, a brother, and a sister. Since his childhood, his mother supported him for acting.

The 26-year-old studied at Tunis University’s Higher Institute of Dramatic Arts, where he graduated in 2015. Later he went to France and was selected among 3,000 candidates for an opportunity to study at Cours Florent Drama School.