Robb Derringer is an American actor who still manages to captivate people with his good looks at 54. Here are all the details on his relationship status, net worth, and career. 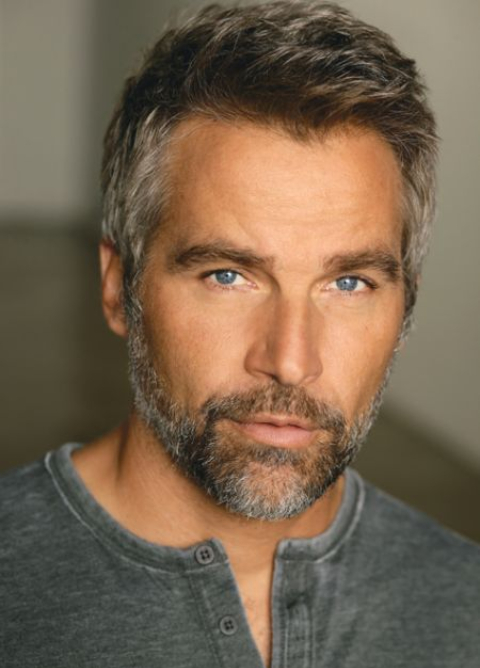 Robb Derringer is currently a single, unmarried man. However, at one time, he was well-known as the partner of Carrie Ann Inaba before they went separate ways. Carrie is an American television personality, dancer, choreographer, actress, and singer. She is also the judge of the reality show ‘Dancing with the Stars’. Robb and Carrie had begun dating each other back in 2016.

After just a few months of dating, the two got engaged on December 10, 2016. They had already planned their wedding to take place in July 2018 in a Hawaiian-style wedding. However, after nine months of engagement, the two got separated due to undisclosed reasons. Before Carrie, there are no records of Robb’s previous girlfriends.

Robb Derringer Net Worth and Career

Robb Derringer is an American actor and has been working in T.V. serials and films since 1996. As such, he has spent two decades of his life span in the entertainment industry. He began his acting career by appearing as a soldier on an episode of Dr. Quinn Medicine Women in 1996. Robb has worked in many films like Airforce One, The Myersons, Pie N Burger, Ball Don’t Lie, Imagine That, 8989 Redstone, Home Again, Creatress, and Eve of Abduction.

Other T.V. series in which the actor was seen are Another Pretty Face, Yes Dear, C.S.I.: Miami, She Spies, N.Y.P.D. Blue, How I Met Your Mother, Eyes, In Case of Emergency, Cold Case, The Lake, Melrose Place, All My Children, Redesigning Your Life With Lainey Chase, N.C.I.S., The Young and The Restless, M.O.M., Castle, The Odd Couple, Murder in the First, The Exes, General Hospital, Days of Our Lives, Queen America, Agents of S.H.I.E.L.D. and Stumptown.

Aside from his acting career, Robb is a licensed private pilot and has experience of more than 20 years. He is also a hand glider and paragliding pilot. As for his net wealth, the actor has never been open about it. However, looking at the number of works he has done, it is estimated that his net worth is $300,000.

Robb Derringer was born on July 6, 1967, as Robbie Warren Derringer. He was born and raised in Palo Alto, California, United States. The now 54-year-old lives a secluded private life from the media and has thus never revealed his family life. Robbie attended the U.C.L.A. School of Theater, Film, and Television acting program and earned a Bachelor of Arts Degree regarding his academic qualifications.

The now 54-year-old had formerly trained at the Foothill Theatre Conservatory in Los Altos, California. Upon graduation, he was invited to join the award-winning dance troupe, Diavolo Dance Theatre. After working with Diavolo Dance Theatre for some time, Robbie began his professional career as an actor and quickly moved into television and feature film.