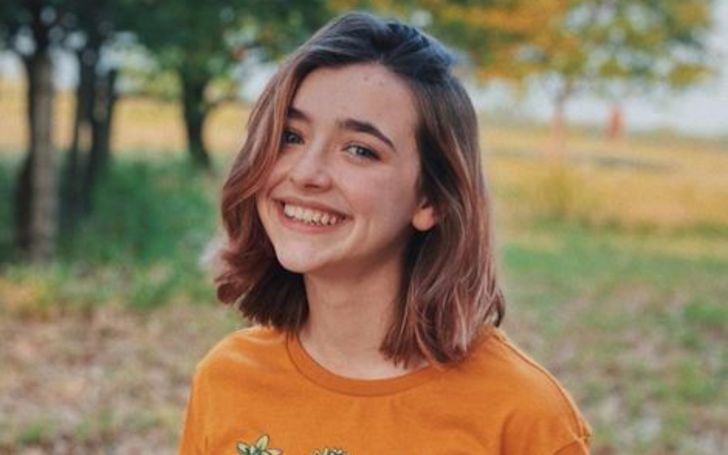 Ashley Boettcher is an American actress and voice actress who has caught many people’s recognition through her works. Her works in Gortimer Gibbon’s Life on Normal Street, Lost in Oz, Twelve Forever, and Outmatched has fascinated many. If you don’t know her but want to learn more, don’t miss the section below!

Is Ashley Boettcher Dating Anyone? What’s Her Relationship Status?

Ashley Boettcher is likely not in a relationship with anyone and is single at the moment. There has no news or rumors of her dating anyone.

The voice actress is pretty active on social media, especially Instagram, where she regularly uploads pictures and videos. However, she has never mentioned or hinted anyone as her special someone to this day. Well, she might be happy single for now.

Boettcher is a busy gal and is usually performing on set for various works. Besides acting, she loves to write, direct, read, go horseback riding, play video games, cook, and hang out with friends.

Ashley Boettcher’s Net Worth And Acting

Ashley Boettcher has a net worth of $1 million from her many years as a television and movie actress and voice actress. With the flourishing career, she has, her fortune will pile up in the coming days.

Check out the clip of Ashley Boettcher giving an interview at the premiere of Gortimer Gibbon’s Life on Normal Street!

Among the list of acting credits, she is most famous for her portrayal as Mel Fuller in Gortimer Gibbon’s Life on Normal Street. In the American live-action series, she starred alongside Sloane Morgan Siegel, Drew Justice, David Bloom, Chandler Kinney, Coco Grayson, and many others.

You May Also Read: Irish actress Aisling Franciosi Net Worth And Career!

Recently, the 19-year-old appeared as Nicole in the American sitcom Outmatched. Similarly, she starred with Jason Biggs, Maggie Lawson, Jack Stanton, Oakley Bull, in the Fox series. Due to the low viewer ratings, Fox decided not to renew the show for the second season.

Ashley Boettcher was born on September 03, 2000, in Texas, United States. She began participating in dance competitions at the age of two and played for commercials at the age of three.

The teenager started acting at the age of five when she appeared in an episode of Prison Break in 2005. She is a good voice actor and has voiced in films such as X-Men: First Class, Happy Feet Two, Shrek Forever After, Twelve Forever, Lost in Oz, and many others.

If you want to read similar celebrity articles, be sure to check out Featured Biography!