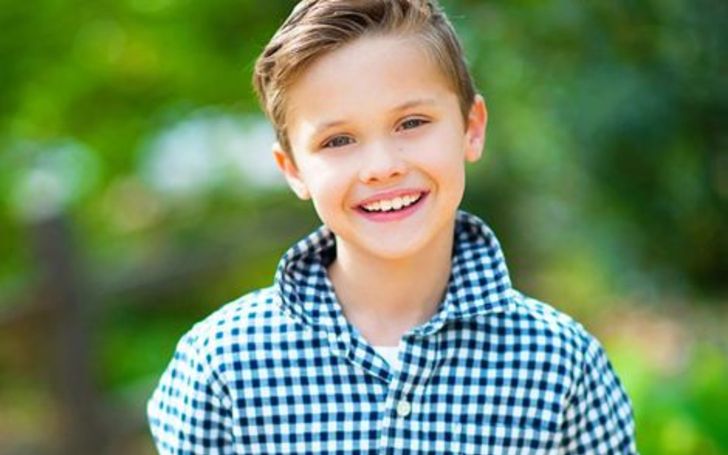 The emergence of young actors in America has seen a rise than ever before, but unfortunately, not everyone manages to name themselves. But for 12-year-old Jack Stanton, it seems no problem. The little man has impressed everyone through his performances in The Mick, Outmatched, and Dan the Weatherman. If you wish to learn more about the young star’s life, both personal and private, feel free to dive into the article below.

How is Young Actor Jack Stanton’s Personal Life Going On?

Jack Stanton has been winning the audience’s hearts all around the globe from his superb acting ability. In the early phase of his career, few celeb witness such kind of fame and recognition. With every new on-screen work, he is improving his skills and looks to become a great actor one day.

The Mick star is concentrating his flourishing career and his studies. He is often busy with his work, but in his free time, he likes to spend quality time with his family and friend.

Jack is living with his family in Los Angeles, California. Moreover, he has an Instagram account that is managed by his parents.

Despite his only a few acting works, Jack Stanton has done well in accumulating a net worth of $200,000. With his popularity on the rise, his wealth will no doubt increase in the coming days.

Check out the clip of Jack Stanton’s role as Ben in the Fox sitcom series, The Mick!

The child actor made his breakthrough form The Mick in which he portrayed one of the main characters, Ben Pemberton. In the two-season Fox sitcom series, he worked with Kaitlin Olso, Sofia Black-D’Elia, Carla Jimenez, Thomas Barbusca, and Scott MacArthur.

In recent times, he is famous for playing another Fox sitcom series Outmatched, playing the role of Marc. Similarly, he starred alongside actors Jason Biggs, Maggie Lawson, Tisha Campbell, Ashley Boettcher, and many others. Despite his outstanding performance, Fox decided to cancel the series after only one season.

Jack Stanton was born on April 24, 2008, in Tampa Bay, Florida, United States. He made his acting debut in The Mick. The 1.27 meters tall actor gave his voice the Beauty and the Beast’s character Chip in Walt Disney’s Once Upon A Time.