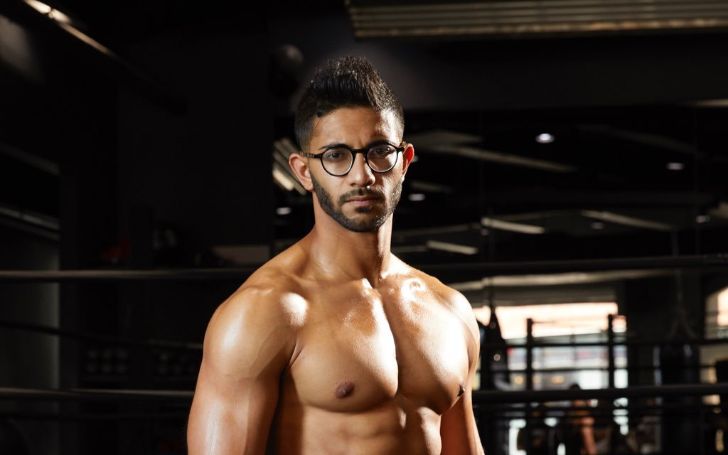 Rhys Athayde is a fitness instructor who is well-known to many as the Chief Experience Officer and Founding Trainer of the gym, DOG POUND. He comes under the radar of one of the most experienced ones in the field of body fitness and has become the media spotlight since his announcement of dating famous Disney star Paris Berelc. Let’s get to know about the coach via his net worth, early life, career, and relationship status.

Rhys Athayde is one of the USA’s professional fitness trainers who was motivated towards physical fitness since his childhood days. He suffered from many health complications such as severe asthma, food allergies, scoliosis, and poor eyesight. Despite the odds, he never gave up on his dream and took many training and classes to overcome his sickness.

With years of hardship and with his impressive physique Rhys managed to accumulate a massive fan following on social platforms. And using his influence he managed to make his fortune.

Athayde’s net worth as of 2020, is estimated to be $350,000 as per Stars Offline. He earns his greens from his social pages and subsequently, he also generates his earnings as the Chief Experience Officer and Founding Trainer of the gym, DOG POUND. So, his successful career in physical fitness helped him to enjoy a six-figure fortune.

In Rhys early days he was a bit different comparing other average teenagers of his age. Why? Well, as we mentioned earlier he was suffered from many diseases such as severe asthma, food allergies, scoliosis, and poor eyesight. As he suffered from such conditions, nobody in his circle ever imagined that he would be recognized as a professional fitness icon.

Before being a pro trainer as of today, Rhys used to take different training pieces and worked in many centers and incorporations to sharpen his skills in the desired field. He took his internship at Compu-Craft Business Services Inc. In addition to this, he also finished his internship period by joining Care for the Homeless in 2012 and 2013.

While working as an intern for more than a year, Rhys tried to enhance his skills, and hence worked in Long Island City Partnership, Community Board 6, The Global Citizenship- St. Mark’s School and Care for the Homeless- Business Office.

However, these jobs were just a part of his life to move forward to achieve his dream. In 2015, Rhys started a gym named DOG POUND, where he was initially a trainer but later became its CEO in December 2018. Serving as a gym CEO, he trained many celebrities, including Jasmine Tooks, Conor Dwyer, Hugh Jackman, and Ryan Secrest.

Rhys Relationship Status as of 2020

Many of us know that Rhys is in love with the famous Disney star Paris Berelc as the couple publicly announced their relationship through Rhys’s Instagram post on October 5, 2020. Despite being featured in many Instagram posts of Paris, Disney star never confronted herself as Rhys girlfriend before.

As a matter of fact, she was dating Jack Griffo, and many of their fans believed that they would be spending the rest of their life with each other as husband and wife but didn’t work out.

The famous fitness icon was born on September 4, 1993, in New York, USA. He was born in an Indian family to his father Olav Athayde and mother Joyce Caeiro Athayde as they moved to New York many decades ago. Rhys grew up with his older brother Kyle A Athayde who is two years older than him.