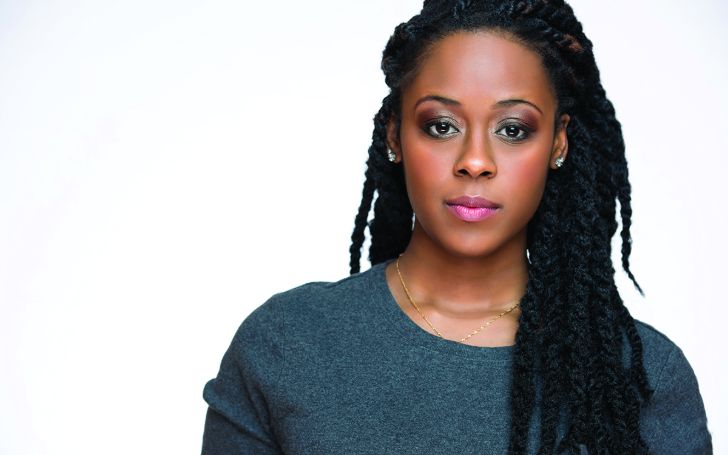 Who is Moses Ingram? She is an American actress and writer. However, she is new to the acting industry and Hollywood fame, because of which many of you mightn’t know much about her. Due to this reason, today’s article will be all about the upcoming actress, Moses Ingram.

Speaking of Moses Ingram‘s finances, she holds an estimated net worth of $500,000, as per Celebrity Net Worth. Indeed, she succeeded in earning a six-figure fortune, and credit goes to her rising career in the movie industry as an actress and writer.

Ingram’s is renowned for starring in the Netflix TV mini-series The Queen’s Gambit. In that drama, she appeared as Jolene and managed to build a massive impact on the viewer’s heart. With excellent performance, she will be seen again on Netflix’s screen. Yes, she will appear as Lady Macduff on Netflix’s Macbeth. That project is currently in post-production.

Talking about her first work in showbiz, Ingram debut through a 2018 short drama called Candace. Except for the projects mentioned above, she also showed up on another short film in 2020, Sis. She portrayed the role of a Lil Sis.

Besides working in front of the camera, Ingram also worked behind the camera. What do we mean by that? Well, she loves to write and wrote the short drama Day 74 in 2020.

It’s pretty normal for people to show concern for celebrities’ love-life. Because Moses Ingram is new to Hollywood fame, the public is more hype to learn about her soulmate. However, she hasn’t shared much about her dating status.

Currently, it’s safe to say that Ingram is single because there are no official documents to vouch for her romantic relationship. But she might be dating her boyfriend privately. No matter what is real, no further comment can be made until the Sis actress herself come in front with the legit answer about her lover.

The 5 feet and 5 inches tall beauty belong to African-African ethnicity. Her parents raised her; however, details about them are yet to be disclosed. Further, the same goes for her birth date, and that blocks us from commenting on her age. But many reliable sites estimated her to be somewhere between 20-25 years.

Although Ingram’s personal details are unknown, going through her Instagram posts, it’s confirmed that she has an elder brother named Randy Ingram.