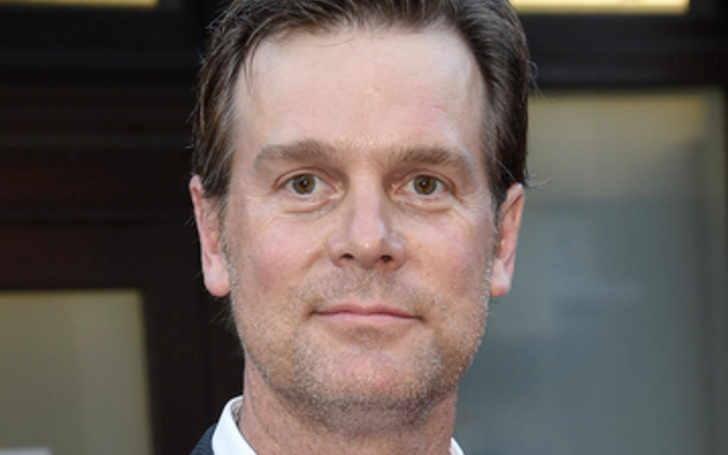 Born on August 12, 1965, Peter Krause is an American television and film actor. He’s renowned for portraying different lead roles in multiple television series. The veteran actor is 55-year-old as of 2020. Currently, he shares a healthy relationship with actress Lauren Graham.

The 6 feet 1 inch tall Peter Krause is estimated to hold a hefty net worth of $20 million, as per The Richest. He succeeded in becoming a multi-millionaire after working years in the entertainment industry as a TV and film actor, director, and producer.

The veteran artist began his acting career back in the early 1990s. He showed up on many television shows, including “Seinfeld,” “Beverly Hills,” “90210,” and “Ellen.” Further, he was a cast member of Carol Burnett’s sketch comedy series “Carol & Company” from 1990-91.

In addition to that, the 55-year-old star has been part of numerous other dramas like “If Not for You,” “The Great Defender,” “Cybill,” “Sports Night,” Six Feet Under,” “Dirty Sexy Money,” “Parenthood,” “The Catch,” and many more.

Peter Krause shared a romantic relationship with gorgeous actress Lauren Graham. The duo prefers to keep many things linked with them privately; however, they occasionally make presences in public.

As noted by US Magazine, the lovely couple, Krause and Graham, last made a rare red carpet appearance together at the Golden Globe Awards in January 2020.

Speaking of how they met, Krause and Graham first encountered back in 1995. Both appeared in the sitcom “Caroline in the City.” Gradually, they got to work together on the drama, “Parenthood,” and during that time, while playing the role of while playing brother and sister, they began to date in real life.

Like we mentioned earlier, the pair prefers to share less about their love-life; thus, Krause and Graham even come under the radar of Hollywood’s most notoriously private couples.

Despite being in a romantic relationship for years, they haven’t shared the vows, and currently, Krause and Graham live together in Los Angeles.

Previous to Graham, Krause was with his former girlfriend, Christine King. With his ex, he has a son named Roman, who was born in 2001.

Peter Krause was born in 1965 in Alexandria, Minnesota. Both of his parents worked as teachers. His mother taught second grade, whereas his father was a high school English teacher.

Krause grew up with his two siblings, Michael and Amy Krause. He was raised in Roseville, Minnesota, a suburb of St. Paul.

Speaking of Krause’s education, he graduated in 1987 from Gustavus Adolphus College in St. Peter, Minnesota, with a degree in English literature. Similarly, he also earned a Master of Fine Arts degree in Acting from New York University’s Graduate Acting Program at the Tisch School of the Arts.