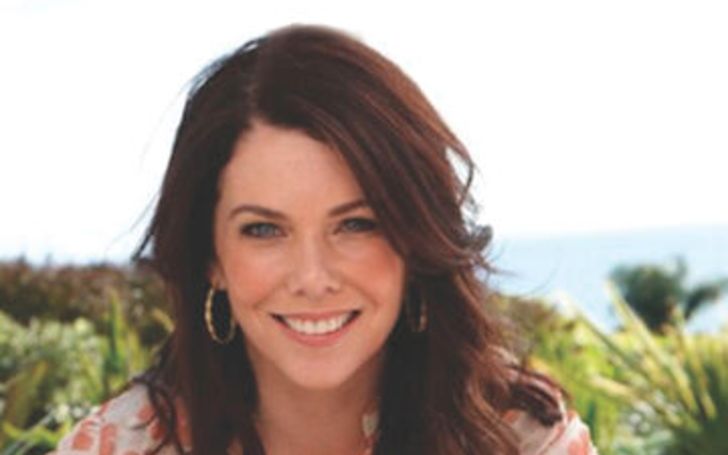 Who is Lauren Graham? She is an American actress and author. Until today the beauty has worked in many finest cinematic projects. Some of her work includes movies like Sweet November (2001), Bad Santa (2003), The Pacifier (2005), Because I Said So (2007), and Evan Almighty (2007). As an author, her debut novel was Someday, Someday, Maybe in 2013. At the moment we write about her she’s in a relationship with actor Peter Krause. More about the lovely duo and Graham’s professional life will be shared on this page; thus, keep reading to learn it all.

Those interested in learning about Lauren Graham’s net worth let us break it down to you that she is a millionaire. The veteran actress holds an estimated net worth of $15 million as of 2020.

Graham managed to become a millionaire through her years of hardship as an actress and author. Until this day, the 53-years-old beauty has worked in several movies and series and wrote many novels, which are pretty popular in the mass.

Talking about Graham’s income, she makes a lot, which helped her grow her million worth of fortune. Specifically speaking, the talented actress made $175,000 per episode from working only in the series Parenthood, as Celebrity Net Worth noted.

With her massive net worth, Graham does own several lavish properties and assets. One of those consists of an apartment in Manhattan and a house in Los Angeles.

Lauren Graham is unmarried at the moment we write about her. However, this doesn’t mean she is single. The Evan Almighty star has been in a relationship with the fellow actor Peter Krause.

The lovely couple first met while they appeared in the sitcom Caroline in the City back in 1995. Although Graham and her lover Krause had their encounter in the mid-90s, they didn’t walk on the path of romance. They only maintained a healthy relationship as a friend.

After knowing one another for years, Graham and her beau Krause finally began to date after 2010. They got a chance to get close when the duo got cast as siblings on the TV series, Parenthood. It was then they started making moves on each other and started their relationship as a couple.

Though Graham and Krause have been dating for years, they haven’t tied the knot. Further, they prefer to keep their life together away from the media persons. Thus, much isn’t made public. Nevertheless, the beautiful pair are happy with their lives, and they live a blissful life in Los Angeles.

Click To Know: The Net Worth of WDTV 5 News Journalist Liz Newton.

Previously in the mid-1990s, Graham was roommates with actress Connie Britton. It was before she met the love of her life, Krause.

Lauren Helen Graham was born on March 16, 1967, in Honolulu, Hawaii, to her mother, Donna Grant, a fashion buyer, and her father, Lawrence Graham, a candy industry lobbyist who has been president of the National Confectioners Association.

Graham belongs of Irish, English, and Scottish descent. She was raised in her dad’s Catholic faith. Sadly, her parents’ divorce when she was only five years old.

Graham graduated from Barnard College of Columbia University in 1988 with a Bachelor of Arts degree in English Literature. Similarly, after moving to Texas in 1992, Graham earned a Master of Fine Arts degree in Acting Performance from Southern Methodist University.