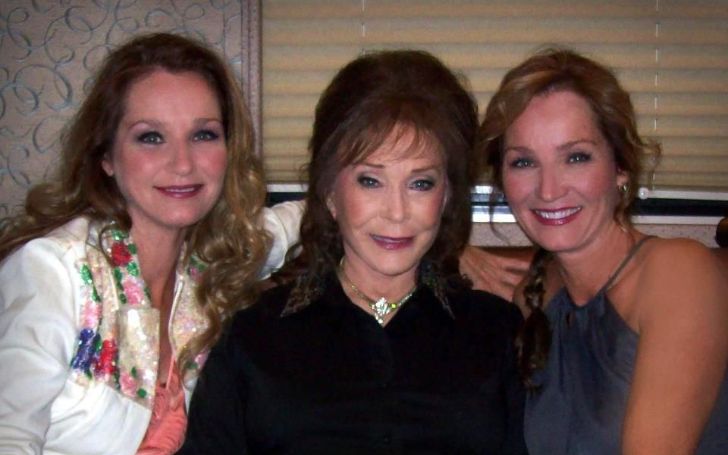 Born on August 1964 alongside Patsy Lynn, Peggy Lynn is widely known for her impressive work in show biz. It’s not only her, but all of her five siblings are quite famous within the mass. All thanks to her celebrity mother, Loretta Lynn, an American singer and songwriter. However, unlike most of the personality, Loretta went a step ahead to save her children from getting ruined. How did she do that? Continue reading this article; you will find out. Furthermore, you will learn more on Peggy’s Net Worth, Professional Journey, and relationship status. Thus, stay tuned till the end of this page.

How did Peggy Lynn’s Mom Loretta Save Her From Getting Spoiled?

It’s not new to us as we know several celebrity kids’ life gets spoiled due to their parent’s lavish and endless fortune. They are raised in prosperity, and as they grew up, most of them lost their integrity. They don’t value money and hard work.

There’s nothing wrong for a child to enjoy his/her family greens; however, sometimes it really ruins their mentality and ends up spoiling their lives.

Talking about Peggy Lynn, her mother, Loretta Lynn, had full power to raise her in endless luxury. Regardless of that, she chose to teach her the meaning of hardship. Thus, Peggy and her identical twin sister, Patsy Lynn, ended up spending their early days in their family barn away from the luxury and media light.

Peggy attended public school, spending her time with family like any other ordinary child. With that, she grew up being a kind-hearted, hardworking woman. On her own, she entered the entertainment industry, and without any supports from her mother, she came to the limelight. That’s how her mom, Loretta, saved her from getting spoiled.

Besides Patsy, she has four siblings, Jack Benny, Betty Sue, Cissy, and Ernest Ray Lynn. Sadly her brother, Jack, and sister, Betty, passed away in 1984 and 2013, respectively.

The 56-years-old Peggy Lynn’s exact financial figures lie behind the curtain. She hasn’t revealed any details on her fortune; so, there are no documents accessible to vouch for her actual earnings.

Despite that, according to Net Worth Post, Peggy accumulated a staggering net worth of $1.7 million, as of 2020, on her own. Credits go to her years of hardship in the show biz.

Her professional journey to stardom began in the late 90s. Back then, she began to perform at a local club in Nashville alongside her gorgeous sister, Patsy. The twin-sisters duo formed a band named The Lynns.

While playing at local clubs, they came to the attention of the record label. The sisters recorded an album for Reprise Records. In addition to that, they also signed two albums contract with Warner Brothers Records. Subsequently, as their talent got recognition, they were nominated for several accolades. One of the early achievements is the nomination for CMA awards for vocal duo of the year, not once but twice in 1998 and 1999.

Besides music, Peggy also worked in a couple of dramas. She appeared in TV series, Walker, Texas Ranger (1999), and Fire Down Below (1977).

Even though Peggy Lynn earned massive success on her own and was always a part of her mother spotlight, she is pretty skillful at keeping her private life away from the media and paparazzi.

Few is known about her when thing come about her personal life. All people know is that she is married to her husband, Jimmy Collins. No one got an idea when, where, and how they met. Similarly, information on their wedding lives in shadow.

Regardless of all, with in-depth research, we found that the lovely couple gave birth to a son named Lucca. However, there are no further details available.

How old is Peggy Lynn?

Who are Loretta Lynn’s daughters

Pasty, Peggy, Cissy, and Betty Lynn are the daughters of the diva, Loretta Lynn.

One thought on “Peggy Lynn”