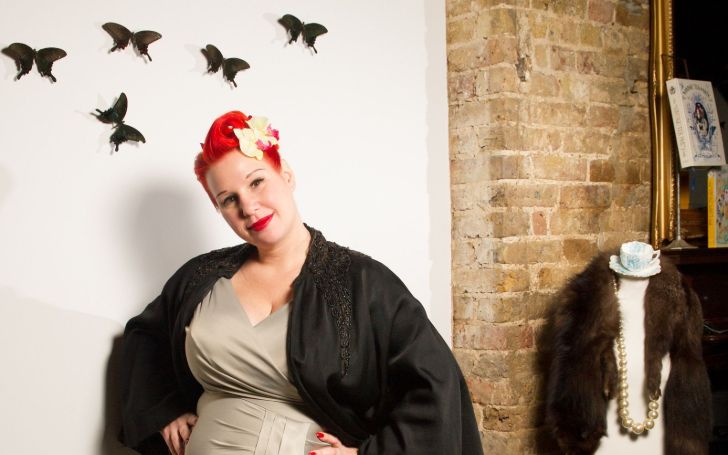 The name Angel Adoree isn’t new to the fans of the documentary series, Escape to Chateau. Those who don’t know about the show, it’s focused on the story of Angel and her beau Dick Strawbridge along with her family; how they bought a chateau and renovated it entirely from an uninhabitable state. They even opened the place to perform the wedding ceremony. There are more interesting stories about that and many things on Angel, which you will love to know. Thus, to learn more about her, stay tuned until the end of this article.

As of 2020, Angel Adoree’s Net Worth Crosses Millions

As pointed out by Tuko, Angel Adoree has an estimated net worth of £700,000. If we convert it into the American dollar, then the number is $916,051. However, by analyzing her current status and career history, we believe her fortune to be a little better than that. We think she holds a net worth of $2 million as of 2020.

By now, we know with her husband, Dick, she owns a lavish property. Though it wasn’t appealing initially, they team up and added tons of changes to make it a remarkable place to live. However, they didn’t only waste the money on their dream project.

The duo recorded and aired their long journey of buying an old French chateau for £280,000 and renovating it to its best version. Indeed, the pair made a series out of it named Escape to Chateau, which lots of their fans loved. Besides that, after some changes, Angel with her beau opened the place for the wedding ceremony too.

According to Standard, their French castle is now worth over £2 million, and the couple earns more than £34,000 from their wedding business.

With so many things going on their chateau, they make quite a lot to boost their income; thus, we picture her having a fortune which crosses millions of dollars. But there is more into Angel’s income source for which we need to learn more about her work records.

Angel Adoree appeared in Dragons Den seeking an investor for her business, The Vintage Patisserie. Yes, you heard it right, a business. Besides her chateau, she is famous as a businesswoman with several ventures to her name.

She was passionate about vintage things from an early age. Credit for her love for vintage things goes to her mother and grandparents. At the age of three, she fell in love with vintage items and fashion, which grew considerably with time.

Angel’s first business venture was in London, a vintage stall where she sold tons of vintage products she collected since her childhood. She was only 17-years-old back then.

According to The Sun, Angel made her debut on Dragon’s Den in 2010. She was even offered a £100,000 investment by Deborah Meaden and Theo Paphitis to develop her website and business, The Vintage Patisserie.

Though The Vintage Patisserie was only an online retail outlet, it’s first physical store was opened in 2011, Hackney, East London. With a progressive history, they do make a handsome amount of money.

Angel Adoree as an Author and Chartered Accountant

Angel is also a qualified chartered accountant. Prior to running her own company, she used to advise firms on profit and loss. Further, she is a trained image consultant who studied at Aston Hayes Institute in 2006.

The Mother of Two Angel is Happily Married

The 42-years-old Angel Adoree is happily married to Dick Strawbridge, 61, a British engineer, television presenter, environmentalist, and former army officer. They met through their shared agent.

Despite the huge age gap between Angel and Dick, the hard-working couple began their marital journey in November 2015. They raise two children, Arthur Donald (born in 2013) and Dorothy Francis (born in 2014).

Angel Adoree was born on 7 April 1978 in Essex, England, in Canvey Island. She was raised by her father, Stephan Newman, and mother, Jennifer Newman. They used to own a jewelers shop.

Talking more about Angel’s early life, she grew up with her brother, Paul Newman. Professionally, he currently runs the family’s jewelers’ shop. Indeed, he took over his family business, which was relaunched in 2017 with Angel’s help.

Is Angel adoree her real name?

No, she was born as Angela Newman.

What age is Angel Adoree?

What did Angel Strawbridge do?

Angel Strawbridge is a business owner, chartered accountant, author, television personality, and founder of the hospitality company, The Vintage Patisserie.

One thought on “Angel Adoree”