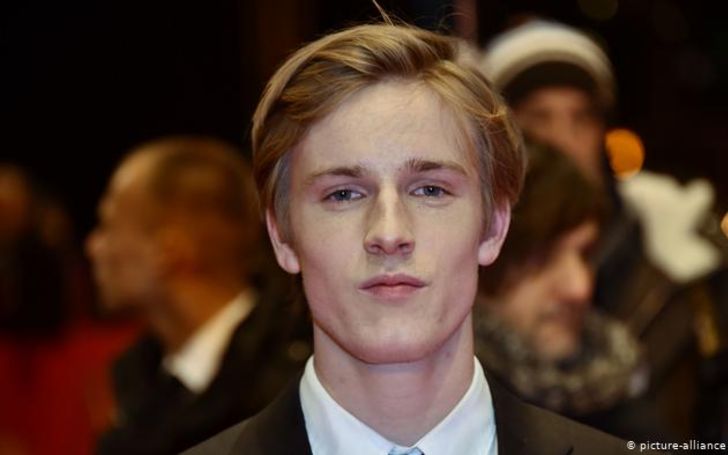 You might be familiar with the name Louis Hofmann as Jonas Kahnwald in the super-hit Netflix series Dark, a German science fiction thriller web television series. The actor got prominence from his acting as the lead in the 2011 German movie Tom Sawyer. He is also the receiver of the Bodil Award for the Best Supporting actor in 2015 for the movie Land of Mine. So, today we look at some of the interesting details about the actor, from his net worth to his career.

Louis Hofmann is an aspiring German actor who’s slowly but steadily working his way to becoming one of the top-notch actors in the entertainment industry. Surely, he’s progressed to make a good name for himself by working in films like Tom Sawyer, The Adventures of Huck Finn, Sanctuary, Land of Mine, and many more.

You may also like: All About Netflix Series The Witcher Actress Anya Chalotra

The actor’s wealth is a pretty considerable number which is also bound to increase to the respect of his budding career, all thanks to the recent work of his in Dark. His 2018 movie, Red Sparrow earned a massive worldwide collection of $151 million. Given the data and statistics, it’s only a matter of time before he touches the million mark.

Louis Hofmann started his career by being a part of a radio show, Die Ausflieger in 2006 and he got the opportunity of facing the camera in WDR Fernsehen’s evening magazine program Servicezeit. However, he got media exposure by a guest role in a comedy-drama Danni Lowinski as well as TV series Der Verlone Vater.

After that, the actor bagged minor roles in TV movies like Tod in Istanbul, Wilsberg, and Alarm for Cobra 11 and many more. His major role only came in 2011 when he got to be apart of the movie Tom Swayer followed by the sequel of the movie named The Adventures of Huck Finn.

The success of the movie invited other roles in movies like Sanctuary that earned him Bavarian Film Prize as well as a German Actors Award as a Best Newcomer Actor. Some of his other movies after that are Land of Mine, and Center of My World which was shot right before he gained success from the series Dark.

The actor appeared in the series besides lead characters  Andreas Pietschmann, Dietrich Hollinderaumer, Maja Schone and many more. Besides that his latest project include playing a role in a TV series.

That’s all for today hope you enjoyed the read. Follow Featured Biography for more of these.