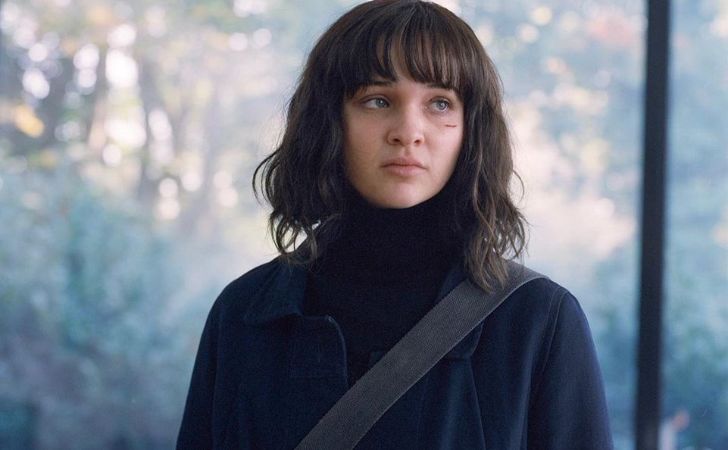 If you are a television enthusiast and still haven’t watched the German Netflix show, ‘Dark’, you surely missed great content on time travel and a parallel universe. Leading the show from the front is Lisa Vicari, who played the primary character named Martha Nielsen in one of Netflix’s finest productions to date. The Munich born actress has been around the showbiz industry for more than a decade now, but it was ‘Dark’ which premiered in 2017, which saw her rise to fame. So, today we take you close to the net worth, career, and personal life details of Lisa Vicari.

When it comes to finances, Lisa Vicari has nothing to worry about considering her budding career as an actress. Specifically, she gathers a whopping six-digit net worth of $300,000 as of July 2020. With almost a decade since she first started her career in filmography with ‘Tunnelblicke,’ the actress enjoys a lavishing lifestyle with a well-stable career.

Talking about Lisa Vicari’s bank balance’s primary source, it is her career as an actress. According to estimates, the 23-year-old made a salary in the range of $35,000 to $60,000 from her appearance as Martha Nielsen in Netflix’s hit show, Dark. The diva recently appeared in the cracking finale of the German television show, which is regarded as one of the greatest TV series in recent times, especially with its unique storyline.

Lisa Vicari’s Career As An Actress

The only reason why Lisa Vicari is a globally renowned figure today is her versatile acting skills on the cameras as an actress. Surprisingly, she followed her dreams to become an actress as a child of ten, when she appeared in a short film, ‘Tunnelblicke.’ In fact, Vicari featured in ‘Hell,’ ‘Luna’ and ‘Playing Doctor’ which further strengthened her portfolio.

Thanks to her skill set and charisma on the screen, Vicari managed to win the award for best young talent at the New Faces Awards in ‘Hell’ for her role of Leonie in 2011. Besides, she also acquired a nomination for the Young German Cinema Award at the Munich Film Festival in 2017. The year 2017 was massive for her since she got the role of Martha in Lisa in Dark. Little did she know back then how her fortunes would change from the show alongside the cast of Andreas Pietschmann and Louis Hofmann.

Also See: Know the net worth, career, and personal life of Kim Brunhuber.

Apart from the final season of Dark, Lisa Vicari also graced the screen playing the lead role of Isi in the movie, ‘Isi & Ossi.’

Lisa Vicari is exceptionally vocal about her professional endeavors, but she remains very secretive about her personal and romantic life. Consequently, there is no clue on whether the German is single, married, or dating someone. Judging by her Instagram profile, which has over 1 million followers, the artist is single in terms of her relationship status. Even if she is dating someone, the actress is quite successful in hiding her secret boyfriend.

Talking about the background of Lisa Vicari, she was born in Munich in 1997. Just like her love life, she keeps quite a secret about her parents or family. Whenever she is free, Vicari travels around new places and hang out with her friends. Likewise, she garners a significant amount of wealth from several modeling deals. Interestingly, she studies media science in Potsdam.

Related: Grab the net worth and personal life of Keith Baldrey.