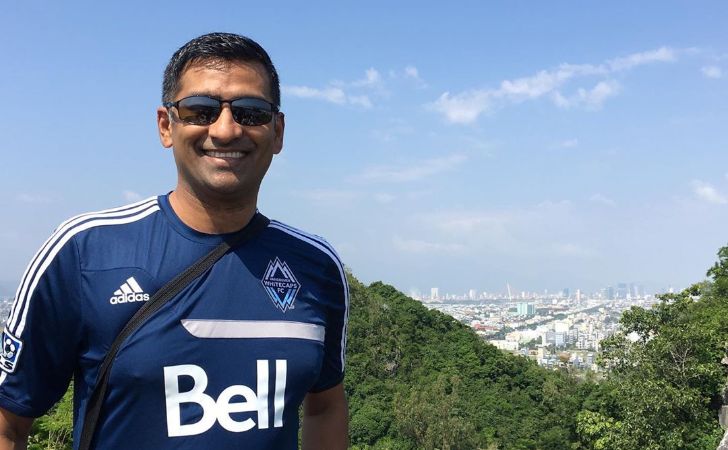 As per estimates, Pratap earns a salary of around $47,038.63 per year, which happens to be the average salary of a reporter at Global BC. Despite a hefty pay, he never considered money as the primary motivator to get into journalism, but chose it for service instead. With the age factor by his side, the day isn’t far, when Shanel’s net worth will touch the $1 million mark.

You could see him in the mornings, afternoons, and evening news as well as reporting for several sporting actions around the globe. Surprisingly, Pratap is also a part-owner of the NFL’s Green Bay Packers, as he owns a share of the franchisee. Likewise, he loves the NFL, NHL, and golf out of all the sports. The reporter further revealed how his most memorable sports moments were to cover the 2011 Stanley Cup Final, 2011 Grey Cup, and the 2012 Belmont Stakes.

Also See: The Net Worth and Personal Life of Carolyn Jarvis.

Pratap also interviews several sports athletes while covering the action and to date, he considers the one with Steve Nash as his favorite. Interestingly, he still has a bucket list in which he wishes to see a Packers game at Lambeau Field, a World Cup soccer match, and being a part of Superbowl.

While Shanel Pratap might be extremely vocal about his professional life, he prefers to keep a low profile of his personal life. Thus, there is no clue whether the sports anchor is single, married or dating anyone. Judging by his Instagram handle, he loves spending his time attending several sporting actions from wrestling to golf. Besides, he also loves reading books and travel around new places.

Pratap hasn’t disclosed much about his family background and early life as well. He is a big fan of WWE and recently tweeted on how the Undertaker was the greatest wrestling character ever after the final episode of The Last Ride.

You May Like: Grab the net worth and career details of Mercedes Stephenson.