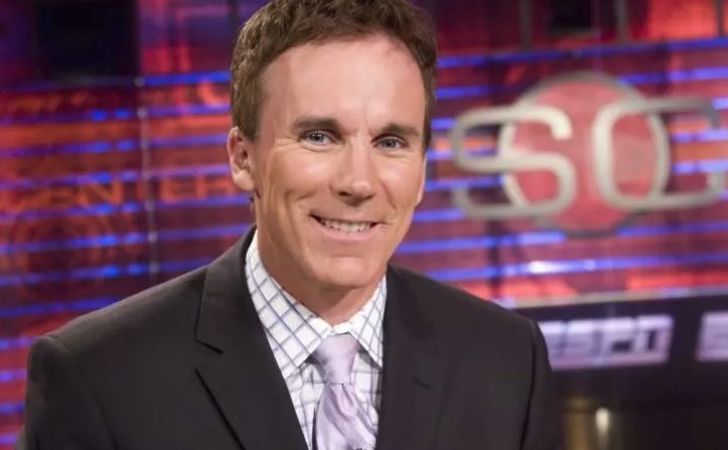 Who is John Buccigross? He is an American sportscaster who serves as an anchor in ESPN. John has been working there since 1996. Let’s know more about him on this page today.

Net Worth of John Buccigross: Income and Salary

The veteran sportscaster John Buccigross succeeded in generating a massive net worth of $5 million from his years of dedication in the broadcasting industry, as of 2020.

An average ESPN reporter earns a salary that revolves around $85,000. Buccigross is also one of ESPN’s employees, which means he also receives a five-figure paycheck.

Buccigross is active as a sportscaster for more than two decades at ESPN, so only from his ESPN work, he easily exceeded his fortune to cross million. However, he served in several other broadcasts too; thus it makes sense for him to be a millionaire.

The 55-years-old John Buccigross began his professional journey with ESPN in 1996. He worked in the Emmy nominated show, NHL 2Night, and ESPN2’s 30-minute program dedicated to hockey highlights and news from 1998-2004, according to ESPN. Further, he even stays active as a columnist for the same broadcast.

Currently, Buccigross is active as the play-by-play voice of the NCAA Hockey Champion. In addition to that, he also fills in as host for the nightly hockey highlights show, In the Crease.

With his exceptional work records, Buccigross got picked to write a biography of the former NHL player and current NHL analyst Keith Jones. He signed a contract with Middle Atlantic Press in 2006 for that project and authored Jones’s life story. The book was named Jonesy: Put Your Head Down And Skate: The Improbable NHL Career of Keith Jones, which got released on October 2, 2007.

Prior to joining ESPN, Buccigross served as a sports anchor at WPRI-TV in Providence, R.I. Previous to that, he honed his journalist skills at a local news network, Cape 11 News for over five years.

The Pittsburgh native John Buccigross tied the knot with his girlfriend, Melissa Buccigross. They began to date in the early 1990s. After knowing each other for some time, they decided to start their life as a married couple.

John and Melissa shared the marital vows on September 11, 1991, throwing a lavish wedding ceremony in front of their close ones. Unfortunately, they broke up their relationship.

After spending twenty-five years together as a husband and wife, John and Melissa began to grow some conflicts, which led them to divorce. Subsequently, they got legally separated on March 28, 2017. However, when they were a married couple, they expanded their family with three children.

The former pair John and Melissa gave birth to their first baby, Malorie Buccigross, in 1992. Their daughter is an adult now and is in a relationship with her lover, Jack. They reside in Chicago. Furthermore, John-Melissa duo has two sons named, Brett, a professional golf player, and Jack Buccigross in their family.