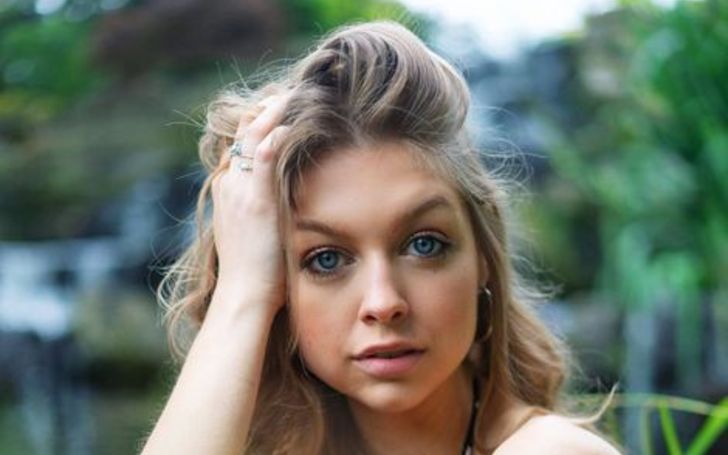 Jess Radomska is an English actress who is most famous for her roles in Bohemian Rhapsody, Heart of Nowhere, and Primer Suspect 1973. Get more insight into the beautiful Jess’s private and professional life in this section!

To every male admirer who wonders the beautiful Jess Radomska’s relationship status, she is sad to inform you; she is taken. The starlet has been in lovey-dovey her boyfriend, Josh Keene.

The 1.63 meters tall lady has been in a relationship with her beau for four years and began dating on January 21, 2016. She is not shy of displaying her romance to the public and regularly posts pictures with Keene.

You May Also Like to Read: Ramon Enrique Torres Married Life And Children!

On the occasion of their fourth love anniversary on January 21, 2020, she posted two pictures with her lover and wrote, “Successfully escaped the room, but he could never escape me.” The lovers seem to be relishing their life in each other’s company, and hopefully, they remain together for many years.

Occasionally busy with her work, most o the time, Radmodska is having fun by traveling various places and hanging out with her friends, partner, and family. Similarly, she gives updates to her private life by posting pictures on her Instagram account.

Among the few acting performances she’s had so far, her most prominent work has to be in the biographical drama film Bohemian Rhapsody (2018). Likewise, she portrayed the character of Cheryl. The film starred actors Rami Malek, Lucy Boynton, Mike Myers, Ben Hardy, Meneka Das, Michelle Duncan, and many others.

On television, her only work was in Prime Suspect 1973, in which she played a minor role. The crime drama series starred Stefanie martini, Sam Teid, Blake Harrison, Alun Armstrong.

Jesse has an uncredited screen appearance in the movie In the Pride and Prejudice and Zombies (2016), in which she portrayed the character of Annabella Netherfield. In the same way, she also appeared as a Spike Alien in the Men in Black: International in 2019. Her upcoming horror movie, Trick or Treat, is pre-production.