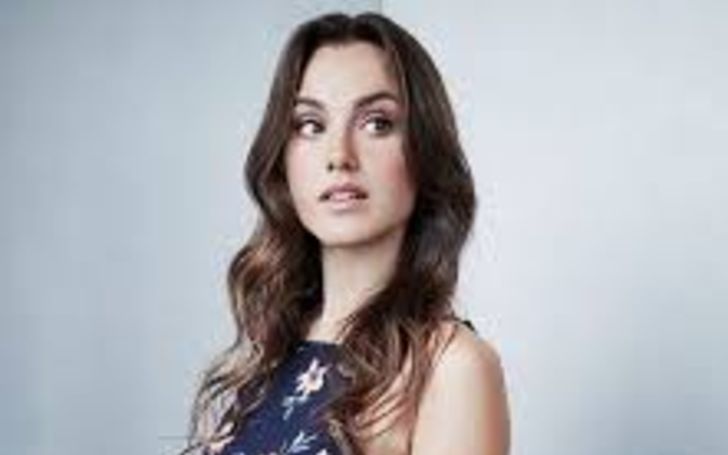 British actress Poppy Drayton has her ways with the audience, especially male admirers. Her powerful ability and exceptional skills to put her heart and soul into her character has made her one of the fans’ favorite. The lady is best known for her performance in When Calls the Heart, The Shannara Chronicles, Charmed.

Does British Actress Poppy Drayton Have Anyone Special?

There has never been any rumors of Poppy Drayton dating or fling with anyone, which indicates her single status. To this day, the lady herself has not introduced right now.

Having said that, going through her Instagram, the Little Mermaid actress seems close with a few men often hugs and little kisses. But the lady refers to them as amazing friends.

Drayton usually has her hands full with her acting works. However, during her free time, she enjoys relishing with her family and friend, often traveling places of her preference.

Poppy Drayton has a net worth of $1 million from her many years in the acting career. As she keeps piling up her accomplishments, her wealth will eventually increase in the future.

Check out the clip of Poppy Drayton with her co-star Austin Butler giving an interview about their series The Shannara Chronicles!

Till now, her most noteworthy acting performance has been in the fantasy drama series The Shannara Chronicles. She was one of the leading cast members and played the character of Amberle Elessedi. Likewise, she worked alongside Austin Butler, Ivana Baquero, Manu Bennett, Aaron Jakubenko, and many others.

At present, Drayton is famous among the viewers for her character as Abigael Jameson-Caine. Similarly, she shared the screen with Melonie Diaz, Nick Hargrove, Sarah Jeffrey, Ellen Tamaki, and Rupert Evans. In October 2019, The CW announced that the show would receive a third season.

Poppy Drayton was born on June 07, 1991, in Surrey, England, United Kingdom. She studied at the Arts Educational School in Chiswick, London.

The 1.68 meters tall lady made her acting debut in the short film Emily in 2012, and a year later, she played in the Hallmark movie When Calls the Heart.