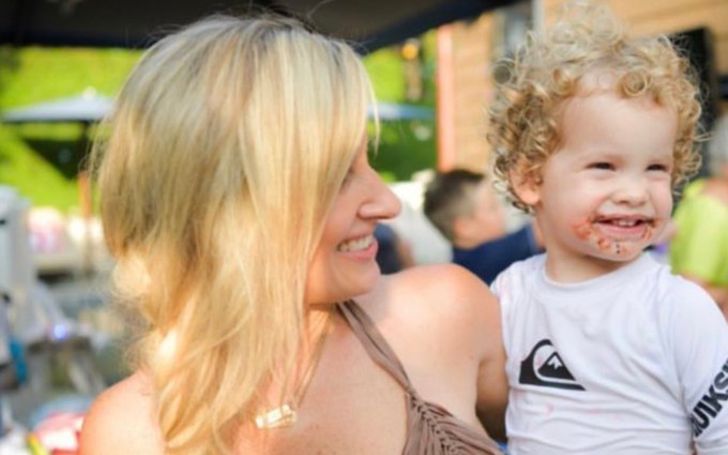 James Scaramucci is the youngest son of the American financier, entrepreneur, and political consultant, Anthony Scaramucci. His father briefly served as the White House Director of Communication in 2017. He was hired and then fired within ten days of service by President Donald Trump. It’s important to know that, as James was born between those days when his father faced both high and low in his career. Let’s know more about the young Scaramucci in this article today.

James Scaramucci was born on August 8, 2017, to his mother, Deidre Ball, and father, Anthony Scaramucci. When he took his first breath in this world, his dad was at the Boy Scouts Jamboree in West Virginia with President Donald Trump.

You read it right, James’ father didn’t make it to his delivery. However, there are more things in the story. He was born two weeks before his due date, as per Town and Country. Thus, things were a little critical, yet he made it and is all healthy now.

Speaking of James’s mother, Deidre, like his dad, his mom is also active in political activities. Indeed, she performs several donations to different campaigns. However, she supports the anti-trump program, unlike his father, who worked as White House Director of Communication for Trump, though he only served for ten days.

Regarding James’s siblings, he has four of them in his family. He has one elder brother, Nicholas Scaramucci, from his parents and two half-brothers, Alexander and Anthony Scaramucci, Jr., from his dad’s former relationship with Lisa Miranda. Yes, his father was previously married; however, even his mother was in a marital relationship with her ex-husband, Anthony Portelli. Further, he also has a half-sister named Amelia DeMilo.

Many people who are into American politics might know that James Scaramucci’s parents were in the middle of a divorce when he was born. His mother was the one who wanted to end their relationship. She filed for divorce.

A couple of speculations arose during that time when the media found out about the divorce. That time there was a rumor that Anthony was dating the Fox News anchor Kimberly Guilfoyle, as per Page Six. However, according to Jill Stone, the attorney of James’s mom, Deidre, explained the reason behind filing divorce was Anthony’s naked political ambition and infatuation with Trump.

James was in the womb of his mother when his family was about to separate. Thus, it is said that due to the divorce tension, his mother showed a health problem, and he was conceived a couple of weeks early to his due date.

Luckily, James’s mother gave another chance to his father, and they are working on their marriage. So, right now, they are living together as a happy family.

Both James’s Dad and Mom are Millionaires

James Scaramucci is too young to generate income of his own; however, he is growing up in luxury. How do we know that? Well, his dad, Anthony, is the owner of the firm, SkyBridge Capital which, as per sources worth $11.4 million. With an exceptional career history, his father holds a massive net worth of $200 million, as of 2020.

Talking about Janes’s mother, information linked with her finances live in shadow. However, she has an estimated net worth of $5 million. She achieved a millionaire tagline after working hard as the vice president of the company, SkyBridge.