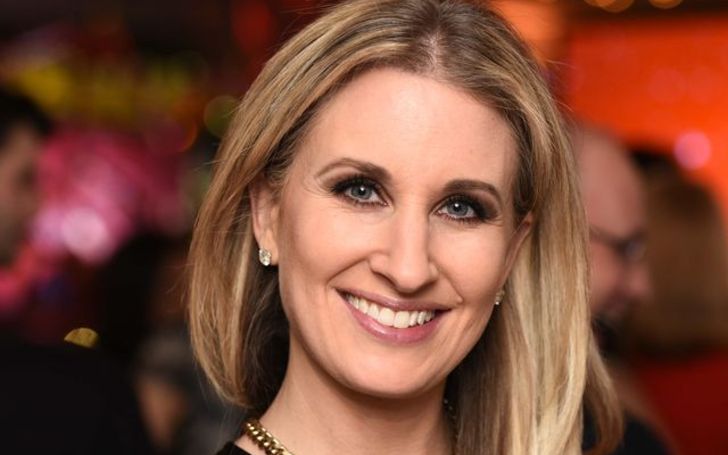 Deidre Ball is the second wife of the former White House Communications Director, Anthony Scaramucci; many might already know that, however, did you know, like Anthony, Deidre was previously married to her former lover. We bet you didn’t, so keep on reading to learn more about her.

Deidre Ball began to date her husband, Anthony Scaramucci, back in 2011. She met him when she started to work in his company, SkyBridge Capital, as an assistant.

When Deidre watered her relationship with her beau, Anthony, he was in the middle of a divorce with his first wife, Lisa Miranda. After around three years, he legally ended his first marriage, and after that, they tied the wedding knot on the same year.

The beautiful pair expanded their family with two children, both sons, James and Nicholas Scaramucci. All of them reside in Manhasset, Long Island.

Though Deidre and Anthony live a happy life with their kids, in 2017, their marriage was near to an end. Yes, you read it right. Deidre was the one who filed for divorce. At the time when she took that decision, she was pregnant with her young son, James.

The news of Deidre and Anthony, ending their marriage, was spread all over the media world. Many showed their concern and were desperate to know what went wrong. There was a couple of speculation on this topic, like Scaramucci dating Fox News anchor, Kimberly Guilfoyle. However, one that made it to the top was their different political views.

Deidre and Anthony both are active in the political world, which seems good; however, it isn’t. Why? Well, Deidre supports the anti-trump campaign, whereas Anthony secretly went to work for President Donald Trump as his White House Communications Director. Without saying anything to his family, he accepted the position; however, things turned out worse when he got fired from the post after only ten days.

After Deidre knew about her husband, Anthony’s secret, cracks started to appear in their relationship. Luckily, she changed her mind, and they are together now trying to improve their marriage.

We know that both Ball and Scaramucci was previously married to their partners. Further, we already learn Scaramucci’s ex-wife name, Lisa. Now, the question arises with whom Ball was married before she met her current husband. There isn’t much information available, but, as per sources, she was in a marital relationship with a man named Anthony Portelli. There went separate ways back in 2011.

Net Worth Collection of Deidre Ball

The exact financial figure of Deidre Ball is unknown and still in the survey. However, many believe she accumulates an impressive net worth of $5 million as of 2020. She is a millionaire and earns most of her greens as the vice president of SkyBridge, which is worth $11.4 billion.

Deidre shares different real estate property with her husband, Anthony Scaramucci. They recently placed one of their mansions on the market for $9 million. Further, her beau bought a lavish house for $8.2 million in 2017.

Many media even claims, Deidre’s lover, Anthony, holds a massive net worth of $200 million. Thus, we can say for sure she lives a luxurious life.