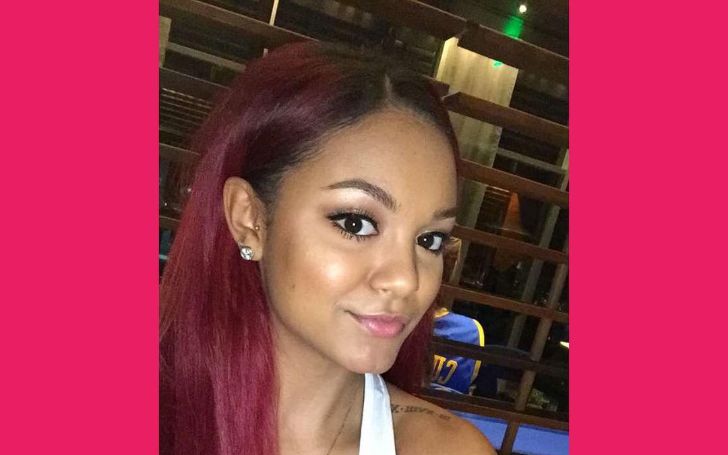 Kay’La Hanson is a name that immediately comes forward when you talk about National Basketball Association (NBA) player Damian Lillard. If you didn’t know, the beautiful lady in the talk is the fiance of the American professional player. The adorable couple is college lovers who decided to spend their future together for the rest of their lives. So, today we talk more about Hanson, all from her net worth collection to her love life.

What is Kay’La Hanson’s Net Worth Collection?

When you talk about riches, Kay’La Hanson’s pretty much got herself covered for the rest of her life. Her safety blanket is none other than her star basketball player fiance and the father of her child Damian Lillard.

The gorgeous lady’s proved that she’s the woman of her own accord and likes to do hard work herself. Initially being a nurse student she is opted out from that career path and currently runs her own beauty salon in Oregon. Specifically speaking about her net worth, she’s estimated to have collected a massive $1 million as of 2020.

You may also like: All About American Reality Star Britney Haynes

As for her fiance, Lillard, he makes a staggering annual income of $29,802,321 as of 2020, which led him to enjoy a handsome net worth collection of $40 million. It also helps that the athlete is part of major endorsement deals and sponsorship. One of his most impressive ones is a $100 million deal with Adidas for about 10 years.

What About Kay’La Hanson’s Career?

Before college, Kay’La Hanson graduated from Legacy High School back in Vegas. After that, her dream to pursue a career in the medical field led her to Weber State University in Ogden, Utah.

Although she completed her nursing studies, there is no information on whether she’s practicing at the moment. It might be that she’s into other professions as she currently involved in running her salon named Dipped.

Kay’La Hanson and her fiance Damian Lillard’s relationship goes way back to their college time at the Weber State. At that time, Lillard joined the college on a scholarship offer to play for Weber State team on Big Sky Conference in Ogden, Utah. Whereas, Hanson at that time was pursuing her nursing studies.

We guess love found it’s a way for the couple during their college time and they’ve stuck together ever since. Even though things got official with a ring just in February 2020, they already share an adorable son named Damian Jr born on March 29, 2018.

Together the family lives in the affluent neighborhood of Portland, West Linn. In that area, they also conduct a RESPECT program that focuses on helping high school students graduate.

That’s all for now, for more articles visit Featured Biography.